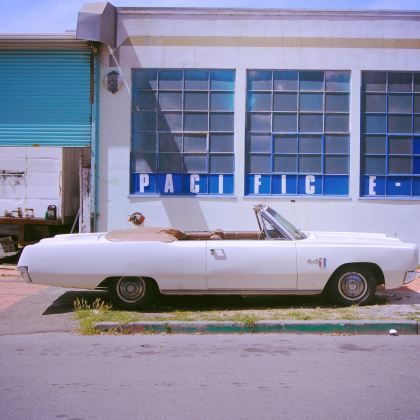 In actuality, the Plymouth Fury was the first fearsome Full-Sizer among the Low Priced Three. Plymouth’s Super Sports Coupe debuted as one of the 4 Mopar Super Coupes in 1956, 2 seasons ahead of Chevrolet’s Impala. In addition, the Fury right away asserted itself as performance focused first, with the first 3 seasons dedicated to exclusive coupes with top tier powertrains.

The Sport Fury designation came along in 1959, again, 2 years ahead of the Impala SS. Despite always being ahead of its General Motors rival, the Plymouth’s actual emphasis on go to go along with the show often left it in the shadows of its crosstown rival.

ranted, for all brands, the go-show for total performance would eventually shift to intermediate and pony options, and bucket seat barges with wheelbases of at least 118 inches long languished on dealership lots. The 1967 version of the Plymouth Sport Fury was more like an NFL quarterback facing retirement and an eventual run on Dancing With The Stars.

More emphasis was put on the Very Important Plymouth VIP, which went head to head with the Ford LTD and Chevrolet Caprice in the Brougham sweepstakes. Like The Impala SS and Ford XL, the Sport Fury started to reek of a somewhat silly, older, past its prime early 1960’s exhuberance as American Full Sized cars were edging past their prime and gaining more bloat with each passing season.

Nevertheless, the Sport Fury (and all full sized Plymouths) carried on with updated styling features that retained the basic character of the rectilinear 1965 restyle. More successful at imitating the details of the 1963-64 Pontiacs than cross-town rival Ford did, for 1967, Plymouth really blunted the details of the jaunty, somewhat aggressive stance they wore for 1965-66.

No longer did the headlamps have a forward canted stance. Now upright with arched eyebrows, the facade of the fury returned to a menacing, almost Joan Crawford aggressive stamp last seen on Plymouth faces in 1961. The deeply hooded headlamps also pulled closer in to what Pontiac actually accomplished with its face for ’67 as well. Out back a pleasantly reshaped rump rounded out the details.

Although performance was being de-emphasized for luxury, there were a number of V8 choices, all pretty stout and in escalating scales of potency for Plymouth Customers. Still not saddled with overly ponderous weight, a 440 Cubic inch, 365 Horsepower version of the Sport Fury could be a force to reckon with whether equipped with a 4 Speed Manual or the Torqueflite Automatic.

Most Sport Fury buyers made due with more than enough muscle from the 330 horsepower 383 V8 which was capable of 0-60 runs in the low 7 Second range.

No matter how competent the machinery, the market was moving far away from muscular missiles of maximum sizes. Just over 3,100 Sport Fury Convertibles were ordered by buyers in 1967. As told before, the cheaper with every season access to Air Conditioning continually cramped convertible sales past a peak production mark in 1965. By 1971 there’d be no more Plymouth Fury Convertibles as the Sport Fury line was given one last push before being pushed out to pasture.

In 60 years since the nameplate debut, Plymouth cars of all stripes tend to be undervalued and under-appreciated, except for their legendary run of muscle cars. Under-appreciated when they were initially on sale as well, they offer a delightful diversion from your typical Chevy/Ford rivalry-worship today. It’s worth checking out having a swinging good time with these good old brutes, they never fail to disappoint.