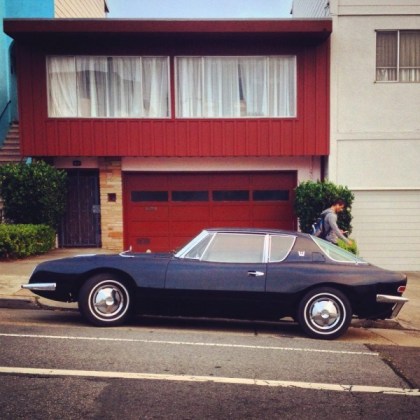 The Studebaker Avanti is the most Christ-like of all personal coupes. I’m not too sure that the end of production at South Bend fell on a Friday, or whether the revival of limited production models came on a Sunday. In a number of ways it was perfect, in other ways it was perfectly flawed.

As we start to close out the year, let’s revisit this car I’ve covered before in terms of which crosses it had to bear for the sins of Studebaker before arising to a bespoke role. 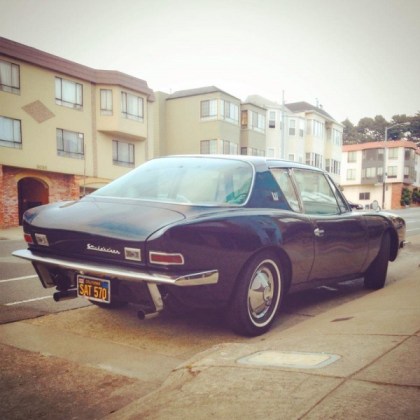 Although Studebaker is not often credited as such, they delivered the personal coupe gospel to American buyers quicker than other manufacturers. Of course, 60+ years hindsight allows us to see that it was a botched attempt. Studebaker didn’t anticipate the high demand for their 1953  glamour coupes.

If Studebaker had placed more faith and planning in the initial batch of coupes, they would have gotten a five year jump on Ford’s Squarebird. The original Starlight Coupe is still a milestone design, the St. John that prophesied the Avanti.  The magic brew of overenthusiastic new President Sherwood Egbert arriving at the turn of the decade gave a new lease on life, and a desire to usher in a new halo model to ward off rumors on eminent demise.

Throw in a challenge he gave to Raymond Loewy, give Loewy and his design team 40 days and 40 nights to come up with a clay model after showing them some rough sketches by Loewy of a Studebaker sports car and voila, out comes The Avanti. 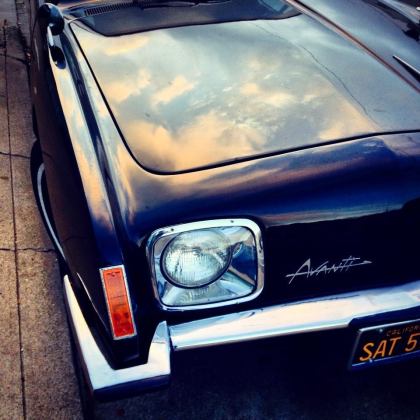 From approval in the Spring of 1961, it took under a year’s time for the Avanti to transition from being an in-house pipe dream to something customers could—theoretically—buy. Sadly, some ghosts from Studebaker’s last attempt to make a huge splash in the marketplace with a stylish new coupe reared their ugly heads.

The rush to get the car into production meant  outsourced fiberglass bodies that didn’t fit together. Eventually Studebaker did the job themselves, but spent plenty of time doing their best with body production they weren’t exactly familiar with. 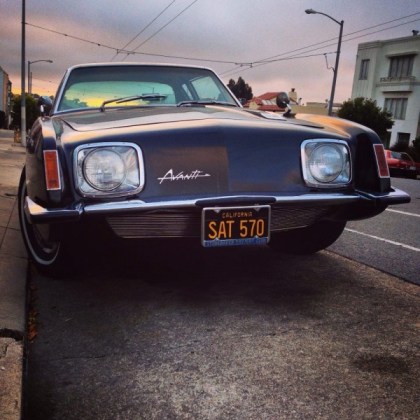 By the time the Avanti was truly ready for sale, it found itself in a interestingly crowded field of competitors for 1963. In addition to competing somewhat with the Thunderbird in price, two surprising rivals for attention leapfrogged from General Motors in the fall of 1962.

The razor sharp Buick Riviera and the stunning Corvette Sting Ray were both within shooting distance price-wise of the potential savior from South Bend. It can also be argued that both held a higher quotient of prestige, if not all out snob appeal, compared to the sinewy new Studebaker.

Another Achilles Heel were the limitations of the available chassis, it evolved into more of a Grand Tourer. The basic bones were essentially a Lark Daytona convertible frame that had roots in the same Old Testament frame that sat under every “standard” Studebaker since 1953.  Studebaker did do a good job in making the old bones perform well enough though.

The hardly “Spring Chicken” 289 V8 was still able to scoot a basic R1 Avanti to 60 in under 10 seconds, which was a pipe dream for the deceptively overweight Thunderbird. Chosing R2, or R3  grade Avantis brought you into parity and beyond what a Buick Riviera was capable of in the straight line.  You could potentially scoot right up to what all but the most ferocious of Corvettes could do. 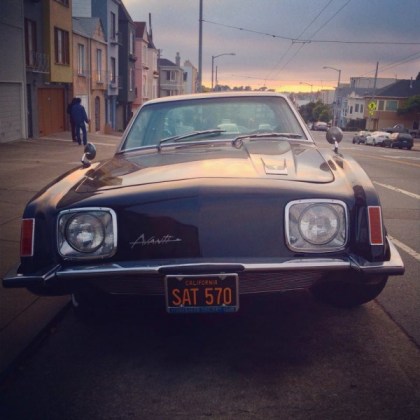 The Avanti does bring up more why questions than why-nots. It seems at cross purpose that Studebaker kept selling the cheaper but somewhat similar in terms of market position Gran Turismo Hawk in production alongside it. That begs the question of whether the Avanti was more a personal luxury coupe or more an authentic attempt at a four-seat sports car.

Content-wise, the lushly appointed interior and reality that the majority of the units sold were set up as capable boulevard cruisers sides with the Personal Luxury assessment. The blazing (optional) performance tips the needle into “four-seat Corvette” territory.

How the Avanti landed, however, was a curiosity that few indulged. A switch to square headlamp bezels dates our subject car as one of a depressing 809 of the 1964 models built before Studebaker shuttered their South Bend plant five days before Christmas 1963.  1965 was the Avanti’s Easter Sunday, as the Altman brothers and Leo Newman resurrected it as the Avanti II.  In the greatest form of irony, the Avanti found its Frankenstein monster pulse by using a Corvette-grade 327 small block V8 from Chevrolet. The Avanti found a second life as a bespoke grand tourer. In a lot of ways, the Avanti II developed into a softer four-seat Corvette that General Motors was too lazy or afraid to commit to.

Though not for everyone, it does offer a heady mix of design distinction and performance wrapped up in a fascinating origin story. The Avanti was a purely American confection, yet also one of the most internationally-flavored items conceived on American soil.

If y’all wanna see a dead body was a video about how shitty Tesla’s are built. Jessica Tran gives us the read for this TGIF.
Tuxedo Black Birds and the reckless procession of overpriced 5 over 1s.
When’s the last time you’ve seen a early last gen F-Body this clean?
Sometimes when you’re waiting on your parents more modern Buick to get service, you stumble upon a Buick you’d really rather have….with frankly, the same V6.
Date yourself by playing a video game.
I swear my hometown is the capitol of unfinished Buick Convertible projects.
“Sitting, in the park, waiting for youuuu-ooh-ooh-ooh”
Happy first “Pleasant Valley Sunday” of the New Year. Now back to yardwork and laundry 🧺
Lord. Fascism in every strip mall parking lot.
2 years ago, on a similarly dreary early Capricorn Season day, I purchased a 1965 Corvair Monza Sports Sedan in Artesian Turquoise over white vinyl. Being the 4th Owner, I christened it Frankie a few days later. As we pass the 2 year mark, Frankie the Corvair is joining my top 5 favorite cars (out of 13!) that I’ve owned. Somewhere above Florence 88’s and probably tied with Caledonia the 260E (oddly for similar twisty road driving pleasure).
“Bring me that gold, I’ll do my own shopping!” - Florence Ballard
When’s the last time *you’ve* seen a Chevy Beretta?
How much money do you wanna bet this is the first time the wipers on a 15 year old Buick Lucerne have been replaced?
You might of heard of “Elf on the Shelf”
Porn for our German Kinksters
On this episode of “Punked”
Mustang Come - Mustang Go.
Happy Holidays from a W123 I had 10 years ago from Christmastime in a Cemetery.
With toys like this….
Happy Messy Colonial Sagittarian Feast Day from your local Corvair on the internet.
Loading Comments...
%d bloggers like this: