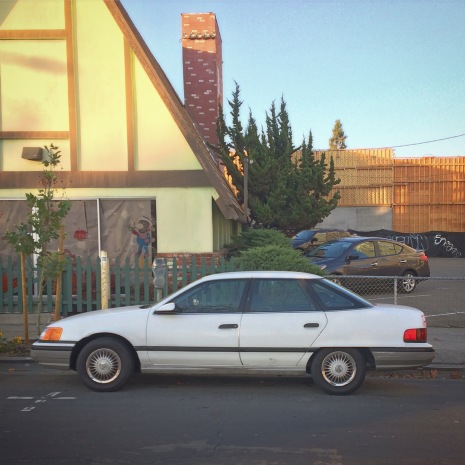 We’ve covered how much of a revelation the Ford Taurus was to new car buyers when it debuted 32 years ago in the Fall of 1985. But what is to be made of its sister ship, the too new for now Mercury Sable? With half skirted wheels, a full light bar substituting for grille work and a “floating” roof above “wrap around” glass, the Sable gave visual incentive to move into tomorrow today with many a styling feature that once was the reign of Science Fiction.

But was there much substance underneath the fantasy found in fancy Ford dealerships? What *more* did you get over the already trend setting Taurus? 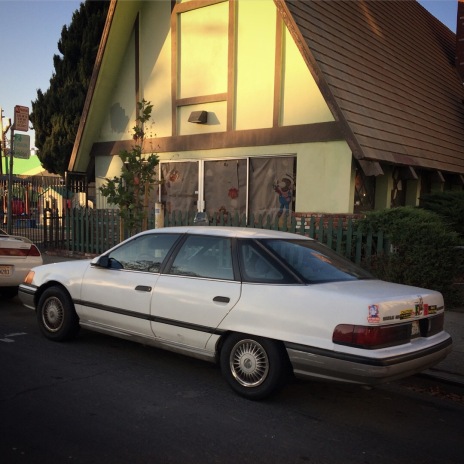 For one, you didn’t have to worry about getting the hoary High Swirl Combustion 2.5 liter inline 4 that was the base engine in Tauruses. All Sables were V6 only, and by 1988, there were two. Although the 3.8 Liter “Essex” V6 offered the same 140 horses as the 3.0 Liter “Vulcan” V6 on offer since the debut, the larger fuel injected V6 offered more torque and hauling capacity over the smaller engine. That extra shot in the arm addressed one the complaint of marginal performance compared to rivals from General Motors in particular.

The Sable was more or less identical under the skin as the Taurus. It perhaps had a smidge more sound deadening material to reflect its more near luxury image, and perhaps softer spring rates as well. On the inside the Sable was treated to a unique dashboard and instrument cluster with a tachometer standard.

However, the most thrilling aspect was the surprising styling. Where the Taurus paid tribute to international aerodynamic advances, notably by Audi, the Sable did its best to carve out a unique visage unlike any other sedan offering available to the vehicular public upon its debut.  Finally befitting a sedan from the brand of the Wing Messengers of the Gods was a car that looked almost ready for interstellar flight and not just the interstate highway system. After a good 25 years only the Mercury Cougar being the anomaly of being nothing more than a chromed be-decked version of a cheaper Ford, the Sable didn’t immediately scream “Fancy Ford” with its looks.

Granted some of its affectations like the light bar didn’t age well figuratively or literally as the years wore on. Yet, you couldn’t default it as rudimentarily repetitive as General Motors’s A-Body competitors. It decidedly influenced both the second generation of C/H body sedans and W body intermediates from General Motors to at least be visually different than each other. One of the most distinctive visuals of an almost full width of light coming down the freeway made the Sable perhaps the biggest stand out in evening driving during the late 1980’s. 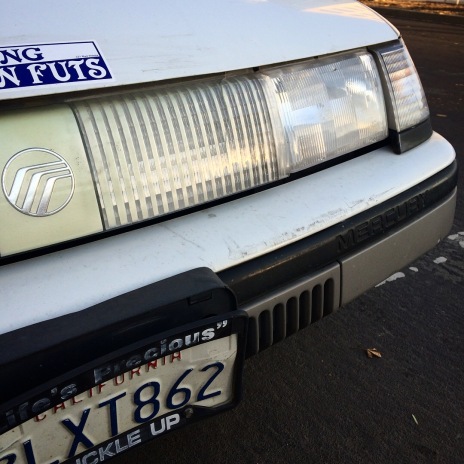 With this, demand stayed pretty stable for the unique Mercury, with 121,285 examples of the 1988 model almost tying production for 1987, but below the robust showing for the 1989 models. It’s an interesting fluke however, like previous unique Mercury offerings, there was little understanding of where to go after initial success, and the Sable withered away, much an indistinct clone of its fellow Ford in 2010. Perhaps there’s plenty to relate to the disappearance of solidly middle class consumers looking for something a little bit more special than the common appliance. Like the disappearance of Oldsmobile, the lack of a futuristic slice of fur lined comfort from Ford’s brand to the stars says more than just the disappearance of a regular occurrence in our culture. It says how much of a crater there might be in the world where we still expect to be rewarded with something special.