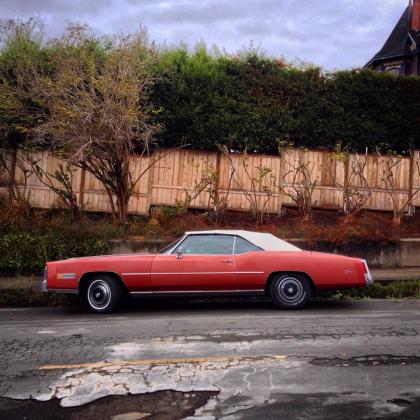 Cadillac, for better or worse, really knew how to do things “big.” By 1976, they were the last Domestic US brand standing with an in house convertible on the sales floor. Following the departure of the slightly smaller General Motors B-body convertibles in Chevy through Buick flavors at the end of 1975, Cadillac had the market all its own.

Equipped with an 8.2 Litre/500 Cubic Inch V8 and spanning more than 18 and 1/2 feet long, the last* Cadillac Eldorado Convertible would kiss the convertible market farewell by exiting the market being among one of the most leviathan open air lounges ever to grace America’s interstates. 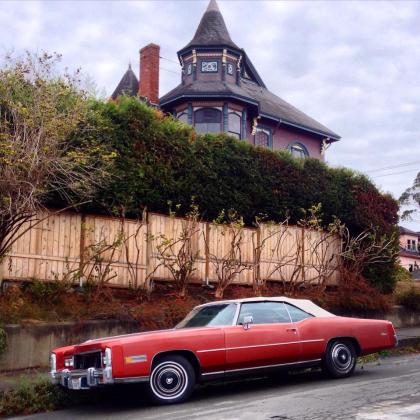 The convertible market had rapidly dwindled since its post-war peak in 1965. AMC stopped offering convertibles by the end of the 1960’s, with Ford and Chrysler none too far behind.

General Motors held on a bit longer, keeping open air motoring available on their resolutely cash cow car lines: The B-bodies at their mainstream brands, and the expensive E-body platform at Cadillac. The increased popularity of Air Conditioning and Sunroofs, alongside fears concerning roll-over requirements that also saw the end of 2 and 4 door pillarless Hardtop styling at most brands made it seem that the convertible market was a doomed one during the disco-drug addled days of the Mid 1970’s. 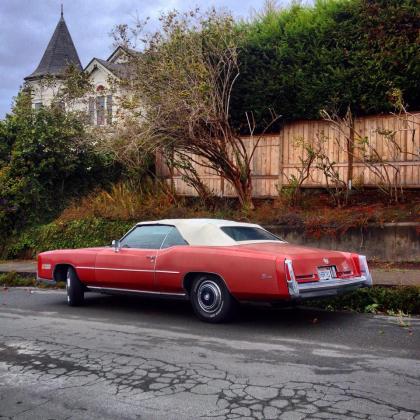 Despite being the most decadent drop top in such debaucherous times, the writing was on the wall for the ego of the Eldorado Convertible. The slow march away from the pinnacle of porcine plush motoring would soon be underway at Cadillac.

The massive 500 Cube V8 would have its swansong for 1976 as well, replaced with a slightly less consumptive 425 unit in the Eldorado coupes that would soldier on for the 1977 and 1978 model years. The drastic shift came in 1979 however when the drastically downsized Eldorado arrived nearly 2 feet shorter and drastically lighter. In a number of ways, the Eldorado Convertible wasn’t the end for just one way of automotive life, but many for the Cadillac brand as well. 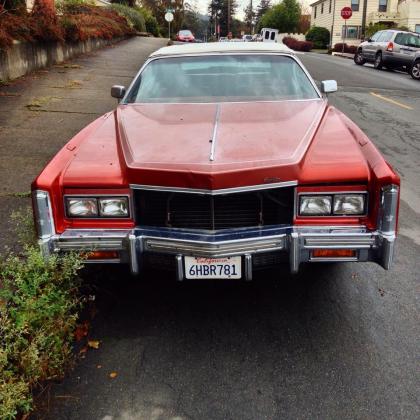 As the asterisk indicates above, the Disco-Eldo would not be the last American Convertible. It wouldn’t be the last Cadillac Convertible either. It wouldn’t be the last Eldorado Convertible for that matter as well. A special run of 1984-85 Eldorado Biarritz models were given to Sunroof manufacturer ASC to be converted into Convertibles (as were a limited run of sister ships the Buick Riviera and Oldsmobile Toronado). It led to yet another lawsuit against beleagured General Motors. This time, buyers sold on the belief that their 1976 Eldorado’s being the “last” convertible models  would prove to be significant collectors items sued for potential lost value.

The last Eldorado Convertibles, all 14,000 of them, proved to be a swansong nonetheless. They gave a wallop of a farewell kiss to the exuberant automotive wishes of the recent past as the automotive market in the United States continued to march towards a more somber future. For that last man stance, it is truly one of a kind, and a delightful find on streets today.