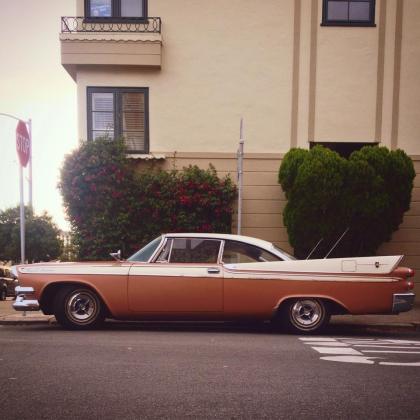 The fabulous fin-tailed Forward Look rocked the industry in 1957. Beyond the styling and the engineering, Mopar’s mainstream brands all fielded muscle coupes and convertibles as halo highway eaters. The most demonic Dodge was the least known, however.

Not casting a singular performance model, the Royal Lancer decidedly played double duty, offering a multi-layered approach to the burgeoning medium priced luxury field. Perhaps the only Dodge tactic not encroaching fully on DeSoto territory, it’s among the rarest of a rare breed of bird.

The D-500 came online in 1956 as Plymouth earned the Fury, DeSoto the Adventurer. Unlike its cousins at other brands, the D-500 was traditionally not any more flamboyant than other peak offerings from their parent brands.

Most often, the warning that you should fear the fight within the engine bay of these special Dodges lay in small badges declaring the most potent Dodge powertrain was at hand. This isn’t saying much, as Dodge, often little more than a more glittery Plymouth at this point, were often the most flamboyant and over-the-top of Highland Park offerings since 1955. By 1958 and the second season of the 2nd iteration of the Forward Look, things proved little different.

Dodge still maintained the wildest two-tone schemes and hectic side trim arrangement. Not only were their fins dart shaped in profile, they also had the most radical and interrupted cant of all 5 brands.

If there was any of the brands that wore The Forward Look in the most glittery, bejeweled way, decidedly Dodge purchased the most costume jewelry. Dodge also didn’t exactly know how to always accessorize all of its pieces into a coherent outfit. Nonetheless, at the price point, more buyers plucked down their dollars for the fancy fakery that they would for relatively not all that more expensive, and perhaps more tasteful, DeSotos. 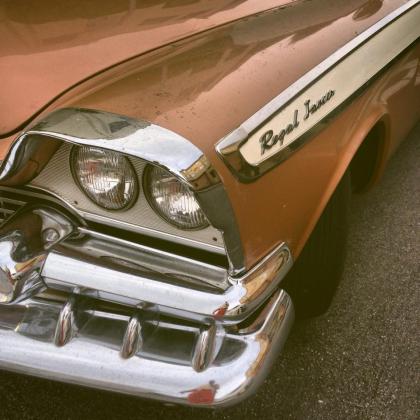 For a number of factors, little did it matter. It’s well established that the rush-released 1957 versions were unmitigated quality disasters. Word of mouth spread quickly, and all Mopar brands sales tanked. Close to 150,000 fewer Dodges found buyers in the recession year of 1958 as all medium priced brands saw major sales retreats.

Quality improvements meant that issues that plagued the inaugural cars got partially rectified. It does mean that today we have more of the 1958-59 models as survivors versus the earlier cars that saw graves much sooner than even the relatively short life spans a number of cars from the 1950’s saw. Still, rust, less durable fabrics and sloppy workmanship claimed more victims as they aged compared to peer cars from GM, Ford and American Motors. 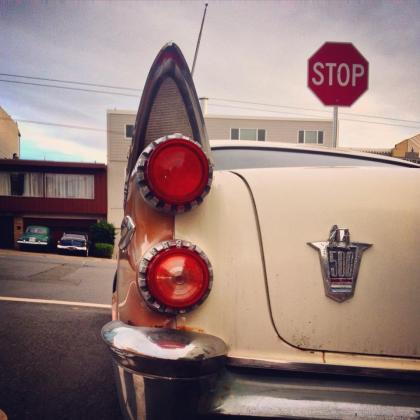 That makes this blindingly fast beast of Late Fifties excess an extremely rare bird. This example hosts a segment competitive 325 horsepower 361 Cube V8 backed by the already legendary and influential Torqueflite Automatic. It wasn’t the most potent D-500 offering however, as there was a 333 horse Fuel Injected version as well.

Unfortunately the Electronic Fuel Injection used on top of the most premium performers from Mopar proved problematic, suffering ills as simple as radio interference or worse. Mechanics barely knew how to cope with the Mechanical Fuel Injection available at General Motors, nevermind the technological tour-de-force that Chrysler pushed out to the public.

Then and now, the Forward Look Dodges offered an impact like very few cars on the road. Lessons learned and forgotten lie within their swoopy bodies and swoon worthy performance. As the automobile becomes an ever more mundane piece of merchandise, it’s with delight we look back to what was considered so forward, and dream of some inspirational aspirational sleds for the future.

Sweet Pumpkin with a Body by Fisher.
Today in how much dick can you cram in a midsized sedan? Tina Turner & Plymouth have some answers for you.
I feel like “Car Life” always got the crappiest 0-60 times cause I’m pretty sure Frankie isn’t as sluggish to 60 as a 80hp Caveman.
Pfft.
True girth.
No description needed.
San Francisco old car photography is gonna be ruined when Turk Street Oddball & Orphans dude kicks the bucket.
Are you truly a grandchild of an American citizen unless you spent time listening to news radio in one of these or am I projecting my own experience of 1987 until my great grandmother stopped driving?
Someone’s saying “$6.59 for premium? Fuck it.”
Imperialist propaganda has been everywhere, including dead brands of Mopars.
Blueberry Lemonade.
Parking lots were more interesting 13 years ago. Or the wealthy had better taste.
@vanascabana: Lookin pretty clean 👀
Someone’s ready for hunting season.
Fall, By Impala.
It’s gotta be the town’s most expensive root beer float.
The first time I saw this ‘68 Corvair was 10 years ago. The work that’s gone into keeping it on the road is marvelous and inspiring. Keep your fingers crossed that I have a bit more money coming in so I can do the same before we run out of (or it becomes prohibitive to consume) dinosaur juice and you know get those long put off Frankie plans up and running.
This is literally the only time I’ve found an El Camino sexy.
SUPER COUPE.
I’m surprised how these are getting more rare to see 35 years on.
Loading Comments...
%d bloggers like this: