Dynamic Divergence: Falcons On Film And A Requiem For Dystopian Hipster America 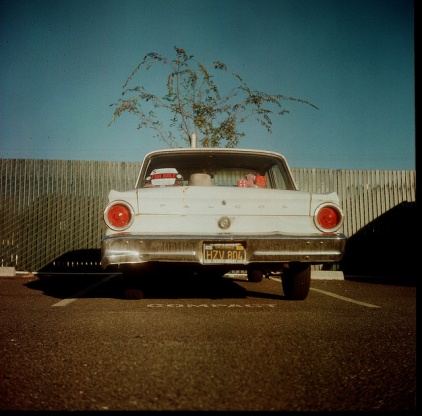 Once upon a time, on a website far far away but not really, when I was 30-ish years old, I declared the Ford Falcon the vintage chariot fancied the most by a certain demographic. Interestingly, at the same time I made such a grandiose generalization about my own respective urban peer group, I took up another anachronistic way of expression; Film Photography.

As we slide to a close of 2016, I reckon with the term hipster, and all things twee, including resurrecting the most basic of FordMoCo products from more than a half century ago. Trends come, trends go, however does the Falcon still have a fighting chance to continue to fly as it approaches 60 years old? 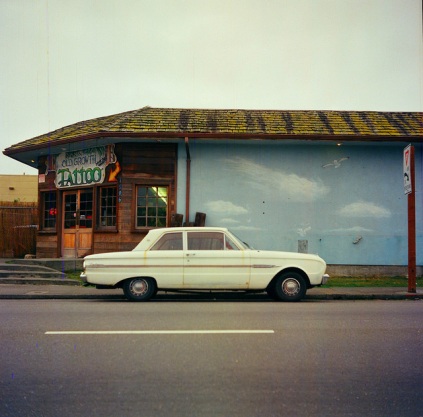 Just like the once was Ford Falcon, “Hipsters” have been as common as cockroaches phenomenon in American culture. By the millions, people bordering on the ages between 25 and 35 (sliding scale) have been an outgrowth of the churn of youth becoming adulthood for the better half of a decade of time. Packed with student loan debt, or post college rains of dollars or even better yet, trust funds, they’ve flooded urban environments trying to carve out some semblance of individuality. While more often than not forcing long term residents left behind in white flight scenarios out of urban cores to the dreadful suburbs they fled poorly resourced for those that don’t own motor vehicles, they’ve picked up a number of tokens of mid-century cool. Among them…our little steel feathered friend from Dearborn.

Eames Chairs from Doctors offices, an obscure stack of vinyl from Little Richard’s 1960’s output, and more often than not, there’s no more appropriate way to haul them home in a vintage ride like some sort of Falcon Deluxe, Squire or Futura. It makes for a wistful fantasy of picking up what was best of Mid Century America: visceral art that seemed functional, practical, simple and sturdy.

This happened alongside the desire to ignore and leave behind the more putrid details of that era like Racism, Sexism, Homophobia, Classism, the aforementioned white flight and income privilege that set the whole cycle to save Falcons from obscurity in the first place. We’re a land of consumption and hunting for whatever is new, meanwhile being surprised (not always pleasantly) by what’s old.

In the same way that time forgot about the Falcon in the wake of all of the things it donated its ribs to (The Fairlane, The Mustang, The Cougar, The Maverick, The Granada) we as a society forgot about all the pieces that create our current moment. We forget where we come from, and isolate ourselves in chambers of our own beliefs, driving blissfully into a dystopia of our own lack of history respecting creation.

We forget what kind of world fostered the Ford Falcon; a mere appliance to appeal to burgeoning, mostly if not all white families with the resources to purchase a smaller second car at the turn of the 1960’s. Fearful of foreign invasions, our Patriarchs in Detroit decided to build a wall in the forms of the Valiant, Falcon and Corvair. Father knows best, and what father knows best is profits.

We’re Fearful now. We’ve cast our own 50 states into us versus them. For every fear-mongering Trump Supporter there’s a snarky Bernie Bro, and perhaps both of them of a certain hip age might have a fascination of getting back to “simpler” times with a vintage Ford Falcon. They both had a tendency to shout down those that have tried to interject the complexity of today’s world into the discussion with their rather narrow, revisionist view of the world. Where we find ourselves is deadlocked and lost.

In both lies a common bond to break down life to their simple, tangible needs in a world increasingly complex, with more people to take care of, with further depletion of resources. Them, like the Falcon, need a lot of support and work to be functional, either 50+ years ago, or now.

At its inception, the Falcon was a weak-chested, asthmatic, bespectacled bit of iron, pretty much a mediocre white dude on wheels. It needed injections of testosterone  (so it became available with a V8 by 1963) to be able to get out of its own way, and keep up with other efforts that worked a little harder to gain as much traction.

It’s also worth of note that the Falcon drew resources and sales away from more profitable avenues in the main corporation. This is heavily reflective the same way that demographics that overwhelming voted against collective interests will long term threaten both the health of “hipsters” and the general population.

We saw it in Brexit. We see it now in the fingerpointing 20/20 quarterbacking about the failure of our two (three? let’s not let Jill Stein, or Ralph Nader off the hook) major political parties to gather us in a civil dialogue of our collective interests. Instead they’ve perfected separating us.

Does the Ford Falcon remain the symbolic chariot of Hip America? Perhaps, but its aging, finding itself once again needing replacement as the formerly young and hip (including your nearly 35 year old author) consider other needs in a world that can’t rely on fossil fuels, in relationships that can’t rely on a car conceived as a throwaway with drum brakes, a non-collapsible steering column and seatbelts optional for its first years alive.

It’s time to grow up, to let go of the image we believe of ourselves (whatever one that may be for you) and dig deeper into our current reality. We’ve got work to do. How do we learn the positive lessons left in the time machines that are our vintage manufactured goods? How do we respectively lay to rest the toxic by-products that they continue to breathe out into our environment. It’s not as simple as shifting a Ford-o-Matic into drive, coasting in opposite directions hoping our milemaker sixes get us as far away as possible for the smallest penance at the pump and calling each other names.

2 thoughts on “Dynamic Divergence: Falcons On Film And A Requiem For Dystopian Hipster America”