In the rigorous world of competitive automotive sales, the full-sized Ford Automobile was oft the 2nd most beloved (and in a few cases in the post-war, the most loved) conveyance for Middle America. Ford, however, took to the diversification of size and style classes of Automobiles with zeal at the beginning of the 1960’s more than any other brand from the Big Three.

The Falcon took the lead in compact sales. The re-sized Fairlane usurped the market lock Rambler had on intermediates. The Thunderbird shattered the luxury field wide open with its personalized persona. And then there was of course, The Mustang, scrambling the compass of what Americans thought they wanted in a car in a profound way.Where did that leave the basic big Ford so beloved and nearly solitary in mission a decade before in 1965? 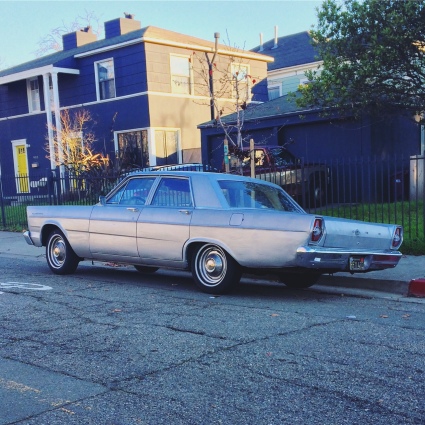 The big Ford was left scrambling for relevancy and trying to breathe an equal “newness” to the breed of automobile as rivals Chevrolet and Plymouth fielded similarly all-new all over again offerings for the discerning buyer for ’65. How did that package come off in its most mass market form?

The working class marvel of the Ford Custom 4 door sedan went head to head with the Chevrolet Biscayne and Plymouth Fury I with an all-new look that was derisively called “the box the 1965 Pontiac came in.” Indeed with stacked headlamps and a rectilinear look that eschewed the curves and jet tube tail-lights of most Fords since the early fifties, the Ford only tried to maintain a continuity format with tail-lamps that still featured (optional) reverse lights in the center of a bullseye.  However, Ford was not alone, as rival Plymouth, welterweight champ AMC and Cadillac among others tried out the Pontiac way of decorating the face as well.

For Ford, however, the imitation went skin deep as well, as the perimeter frame underneath (that would, with tweaks, lengthening and shortening, serve Ford all the way through to its final “Panther” body on frame cars) borrowed elements from lessons Pontiac and Oldsmobile had learned in their frame design starting in 1961.

An all coil sprung suspension with better axle location also harkened closer to GM design.
Another way Ford imitated GM was pushing their mainstream store brand further into the near-luxury profit margin region of the market by offering the more tony LTD model above now run of the mill Galaxie and Galaxie 500 models, nevermind bargain basement offerings like the Custom. 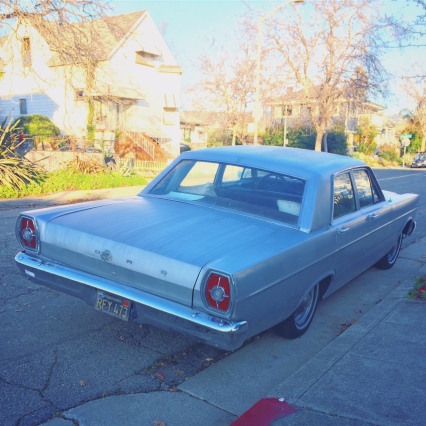 This marketing savvy is given credence to Ford first and foremost, but it is imitative of the 1964 Pontiac Bonneville Brougham that had foisted the already pretty sumptuous top Pontiac into Olds Ninety Eight and Buick Electra 225 realms.

The LTD made a slew of Mercury models redundant, and inspired Chevrolet to offer the Caprice as a late season edition, to the chagrin of Olds dealers trying to sell the all new Delta 88 over a basic one.
What and who exactly bought a Custom Sedan? 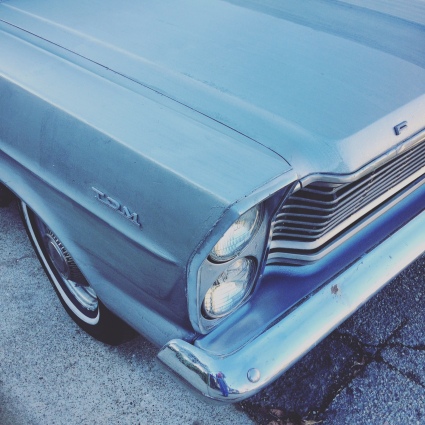 For the same money you could have almost equal space and better appointments in an intermediate for the same price point where either the inline six or smallest V8 option would be less overwhelmed by mass. Perhaps the American driver that saw the biggest thing they could get for the lowest price point possible bought these, alongside Taxi and police fleets.

At the end of the day, more than 96,000 people signed up for the most basic full sized Ford, nothing to sneeze at all. 1965 was a different landscape, as big and basic has no place in this modern automotive landscape.