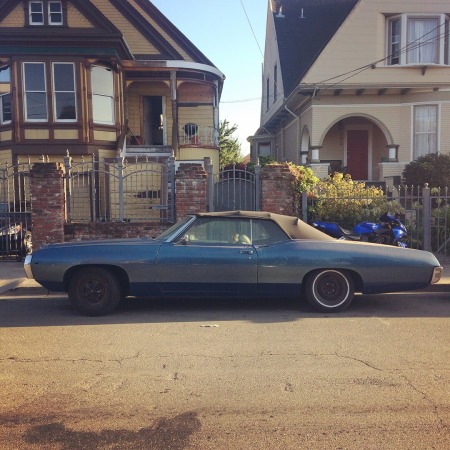 The truth of the matter is that we can’t lead forever. As much as we crave the stability and consistency in life, time and competition makes sure that we never become stale. Pontiac found itself the leader of a new type of youthful, vibrant, and enthusiastic market of automobiles in the early 1960’s, far away from the gussied up Chevrolet with a Straight 8 that it was at the beginning of the 1950’s.

By the end of the 1960’s, success had started to spoil the sweetest of milk on the market. While all of Pontiac’s line-up in 1964 presented a sporting rakishness, just a mere 5 years later, like a number of American Brands, the Tin Indian tried to field itself in categories it was none too well adjusted to fit into. 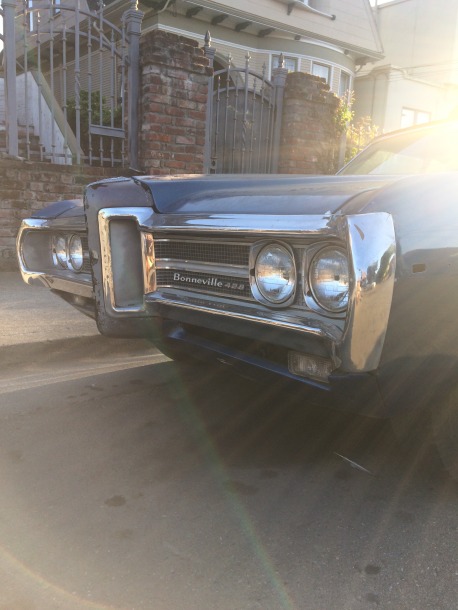 This is where we find the 1969 Bonneville 428 Convertible.

Moreso the audience for the biggest, fanciest Pontiac Convertible was evaporating quickly. While a Bonneville Convertible would have been the most flamboyant choice for executives moving up the ladder at the beginning of the decade, those 30 somethings that loved them were now pushing 40, were more often married and juggling a brood of kids.

The carefree convertible only could appeal as an weekend car or a midlife crisis. Meanwhile the realities of commuting to a desk job or running errands to the local Kroger were better done in sedans and wagons with plush interiors and air-conditioning. 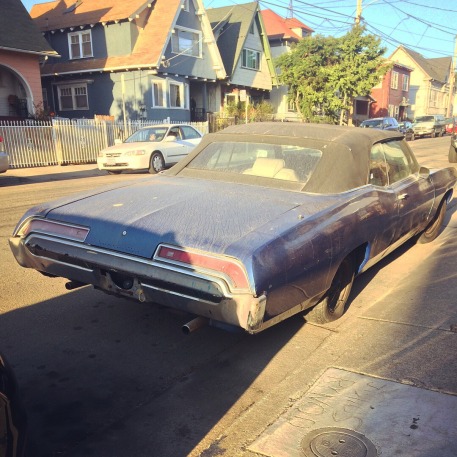 Indeed the stresses of the outside world in the ever-complicating 1960’s full of racial, class and sexual strife made the cocoon of a sedan far more appealing. Convertibles in general saw a significant drop in sales after 1965. This reflected a longer term trend in the taste of cars as well.

The more conservative mainstream society became in the wake of the passing of The Voting Rights Act, Civil Rights Act, Vietnam and the rumblings of Women’s and Queer Liberation, the more your average citizen wanted to tune out in their own way. 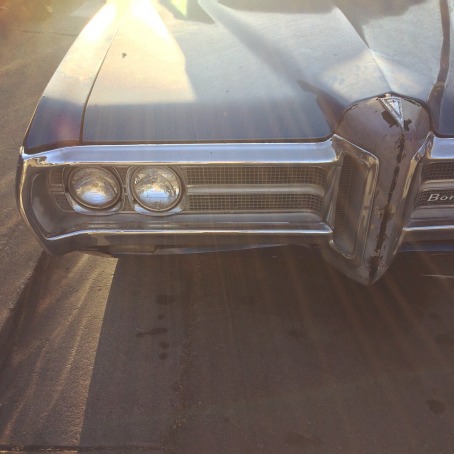 The wild hedonistic escape that was symbolized by a convertible suddenly found itself passe with moneyed buyers. Shamefully, since the 1969 Bonneville was one of the fastest, most potent and generally well assembled offerings from Pontiac up to that point. Also, the 1969 model year was the final year before some rather questionable neo-classical design features were splashed on the same body for the 1970 model year.

There would continue to be ersatz additions to the suit that became more and more baroque until the full-sized Pontiac convertible was cancelled after 1975. By then it had morphed into a beast with the useless name of Grandville, somewhat of an open air bordello than a mobile tanning booth that the Bonneville (and a number of American Convertible cars) had been until the demise of the breed. 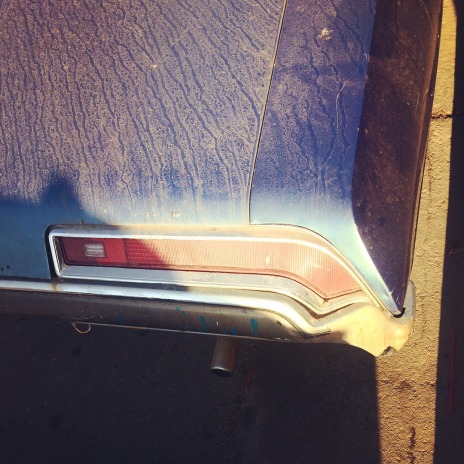 In 1969, the Bonneville convertible found itself competing not only with the less costly Catalina Convertible, but also the Tempest, LeMans, GTO and Firebird convertibles on the same showroom floor. Although Pontiac itself turned out over 870,000 cars for the model year, only 5,438 of those were the top shelf Bonneville Convertibles. As it strode down newly paved interstate highways, it played homage to an American vehicular aesthetic that was already on life support, and frankly is only accessed in vacation rental car fleets nearly 50 years later.

In lament, one wonders if there’s a way to imbue the current days with a bit of joy. It’s well to be seen.

Let’s just say it’s been wet.
Here’s hoping your 2023 goes better than this!
Almost 2023 where? Go get a smog check and end up on the vehicular equivalent of an “Ally McBeal” set.
I mean if you’re gonna make me celebrate Christmas this is the gift y’all can get me.
A wee bit of excitement among the doldrums in the form of a Stroke8
Once upon a time in Oakland.
Sweet Pumpkin with a Body by Fisher.
Today in how much dick can you cram in a midsized sedan? Tina Turner & Plymouth have some answers for you.
I feel like “Car Life” always got the crappiest 0-60 times cause I’m pretty sure Frankie isn’t as sluggish to 60 as a 80hp Caveman.
Pfft.
True girth.
No description needed.
San Francisco old car photography is gonna be ruined when Turk Street Oddball & Orphans dude kicks the bucket.
Are you truly a grandchild of an American citizen unless you spent time listening to news radio in one of these or am I projecting my own experience of 1987 until my great grandmother stopped driving?
Someone’s saying “$6.59 for premium? Fuck it.”
Imperialist propaganda has been everywhere, including dead brands of Mopars.
Blueberry Lemonade.
Parking lots were more interesting 13 years ago. Or the wealthy had better taste.
@vanascabana: Lookin pretty clean 👀
Someone’s ready for hunting season.
Loading Comments...
%d bloggers like this: