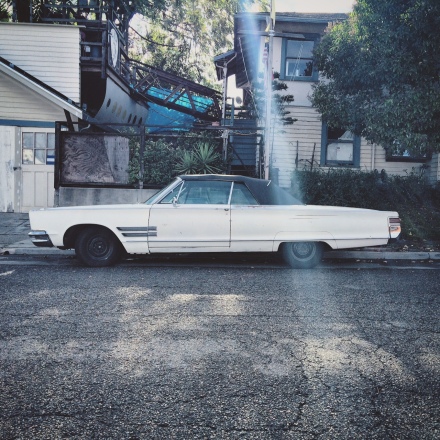 By 1966, the performance brigade of big bruisers were rapidly losing ground to intermediate muscle machines and pony cars. Oldsmobile would send the Starfire into orbit one last time. The Impala SS started its rapid descent from its peak.

The Galaxie XL gained 7 Litres of might to fight for space as it was crowded out by the LTD, Thunderbird and Mustang over in Dearborn.
How was it for the grandfather of them all, the 300 Letter Cars? 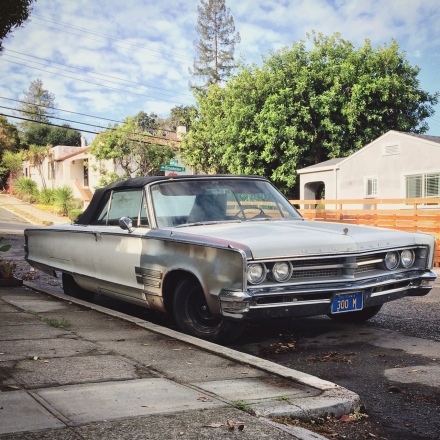 They were actually executed by their doppelgänger that had appeared beneath them in 1962 with their barrage of coupes, covertibles and hardtop sedans duking it out against Buick Wildcats and Oldsmobile’s Delta 88 for the perfect balance of performance and plushness.

This didn’t however mean the massacred mean machine was any less a match for the competition, it just was no longer the hairy machine it once was. 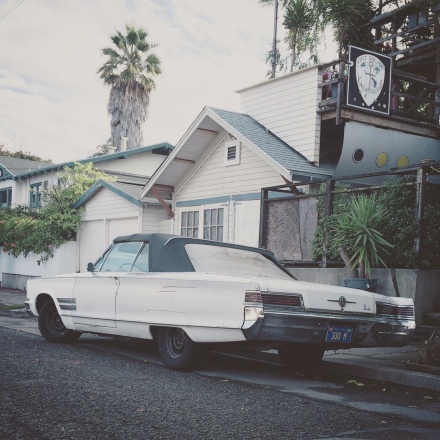 In its 5th season on the market, the Non-Letter 300 proved a brisk bet in Chrysler showrooms. Thanks to the pen of Elwood Engel, father of the seminal Lincoln Continental, the 300 sailed into 1966 with a crisp purposeful look that conveyed confidence without the plumage of Virgil Exner executions.

While we’ve profiled the coupe version before, we turn our eyes to a dying breed within a breed, the buxom bombshell of the Full Sized Convertible.Convertibles as a whole saw their best year of the 1960’s in the booming market of 1965. But another bloom off of the automotive fantasy rose came as many factors tainted open air motoring. 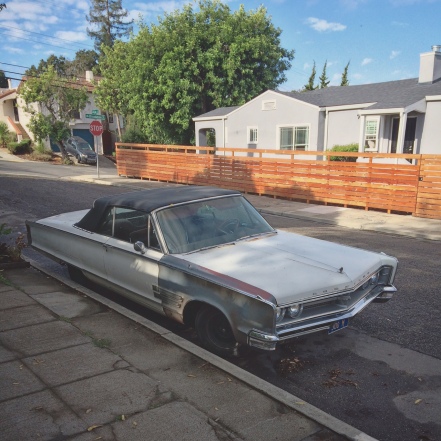 Another factor included the increasing speed of our motoring, as the Interstate Highway system unfurled further across the country, traveling at a legal 70 miles per hour, or higher, meant a level of interaction with the elements that went from a pleasant caress at 45 mph during two lane highway days to a full on assault at 75 mph. Innercity commuting congestion and exposure to the elements made convertibles a less glamorous proposition in the Pre-EPA smog regulation 1960’s. 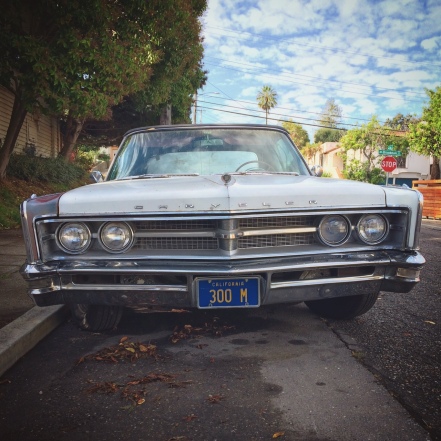 And the 300 non-letter series convertibles still had ample stamina to fight the wind with at least 325 horses standard from the base 383 V8 before one would select the more potent 413 Wedge V8 on offer. This kept the 300 in lock step with the brazen performance offered by Buick’s Nailhead and Oldsmobile’s Rocket V8.

Chrysler did a more complete job of distinguishing the 300 as special and separate from the Newport and New Yorker lines compared to Olds with their Jetstar/Dynamic/Delta 88 and Ninety Eight lines or Buick and their LeSabre/Wildcat/Electra 225 lines. Although it amounted to different tail lamps and grillework, it made the 300 seem a bit more important as a Banker’s hot rod compared to the competition. At $4,358 starting, the convertible wasn’t cheap however, and at 2,500 units, the 300 Convertible wasn’t the most popular of Banker’s Hot Rods either. Nevertheless it’s one of the most distinctive and well crafted speedboats of the 1960’s, forever ready for fun in the sun.