“Young blood, you should get you a Old Skool. Now that’s a true investment that’ll always increase in value” this old Black man said to me as he tried to sell me his 1971 Cutlass Supreme he’d just dumped $18,000 worth of work into. I was on my way to firm up details for a DJ gig that required me to walk through the monthly fair weather gathering between 21st and West Grand once anchored by the Telegraph Giant Burger location and the dueling Gas Stations on either side of Telegraph Avenue.

When I returned to the East Bay in 2011, it was a haven of the Oakland that had been rather key in bringing my family in their journey to this pocket of the West Coast. In the early 20th Century, Oakland more or less was The Detroit of The West.

END_OF_DOCUMENT_TOKEN_TO_BE_REPLACED

From my DJ website, some soon to be Summer Travel Tunes just for you. 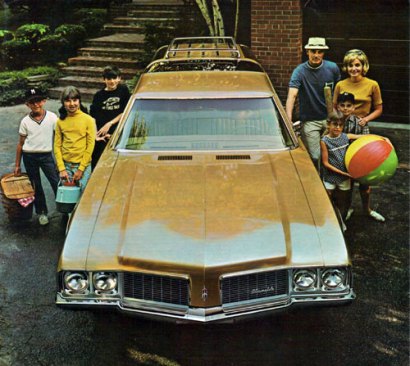 It’s getting to be that season where we all start making our travel plans. We all seem to set our sights a-far as the days get longer and the unofficial start of summer looms near Memorial Day.  We’re all looking for those last minute deals on plane tickets and packages and wondering what does it mean to still use AirBnB in gentrifying big cities worldwide.

Once upon a time it was simpler and harder all at once. Travel came via Road and Rail, the locations less exotic, and often attached with many hassles.
Especially for folks of color and those outside of heterosexual norms, the call of the open road via recreational travel came with many limitations of where one could safely stop, rest and nourish well into the 1960’s (and some would still say into today). For African Americans, this dovetailed into having The Negro Motorist Green Book from…

Once upon a time, in an America of a not too distant past, there was an interesting dynamic of who had access to necessities. In a country where we believe the myth of hard work and perseverance gets us far and wide, systematically bigotry kept and still keeps a number of people behind invisible yet visible lines of life.

Most would de-mark that to Redlining policies when it comes to the essential of housing, but how did it look, to be a person of color in pursuit of motor vehicles, past and present?

END_OF_DOCUMENT_TOKEN_TO_BE_REPLACED

It’s worth note of the potential freedoms that driving and motor vehicle ownership offer people. I’ve been thinking of the scales between the freedom and consequences of the motor vehicle quite often over the last year.

You see, your blog hosting car photographer is a good 15 months on from owning his own vintage iron. I sold my 1973* Mercedes Benz 280 SE 4.5 over a year ago.

END_OF_DOCUMENT_TOKEN_TO_BE_REPLACED

Today in take your Corvair to the nursery.
I dunno about y’all but this new DeLorean is giving me a boner.
Yea I get that premium is $7 locally. I get that fascism is on the rise. And it’s a Super 88 so it needs premium for those 330hp. But y’all know of some editing work so I can buy me a big Olds? Before the world ends?
Me: It’s a pretty car.
Ready for the Rally or Radwood.
Leave it to @vondeitch to understand the ASSignment for my birthday.
All I’m saying is my 40th birthday is tomorrow and I’m accepting all mid life crisis sun machines.
Ready for Laguna Seca or anywhere really.
And for the cost of a stomach ulcer, you too could have an Allante!
Cars & the cult of celebrity: That Boer Edition.
Who wants to help me do these valve cover gaskets Memorial Day weekend? Thanks to California Corvair for always being prompt with the parts!
Thinking about the politics of space and the relentlessnesses of white violence.
Who out here sincerely wasting a full ass upper income salary on a goddamn '73 Cutlass?
The feather in the cap of any HT era Cadillac is the pretty possible reality that you’ll outlive your owner.
They don’t build excitement like they used to.
Here have a hot fox wagon.
Mopar or no car and all that jazz.
🧹*Spring Cleaning* 🧹
Lubrication is super important to keep tight spots moving from all that thrusting & twisting.
…and no I didn’t come home with another Corvair.
Loading Comments...