It’s worth note of the potential freedoms that driving and motor vehicle ownership offer people. I’ve been thinking of the scales between the freedom and consequences of the motor vehicle quite often over the last year.

You see, your blog hosting car photographer is a good 15 months on from owning his own vintage iron. I sold my 1973* Mercedes Benz 280 SE 4.5 over a year ago. 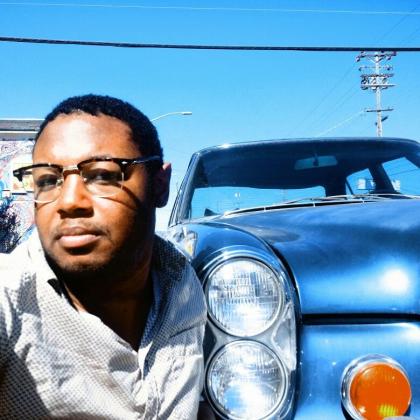 In the transitioning of rising housing costs, the exiting of what had been my professional life for 7 years, and the reality that I rarely had the chances to drive it, nor in the short term had plans to restore it to its former glory, it had to go. Many questioned my decision to let it go, even a sweetheart of mine asking how much I needed to “keep” it.

It’s odd to say it but, at the end of the day Vintage Mercedes Benzes with gas guzzling V8’s, due to the class station of those who initially bought them, are a dime-a-dozen in Northern California with various points of entry and condition.

These vehicles, they are chariots to destinations of importance and pleasure, luxury and leisure. They are also prisons of continuous debt, anxiety devices of constant maintenance and one of the most perilous plagues on natural resources on this planet.

I write this acknowledging that the wild landscape of Automotive enthusiasm is a rather complex beast. It’s a clear mirror that often allows others to distort a lot of truths about their daily lives, and literally, drive away in fantasy with. I used to contribute to a rather popular website that thrives on this type of escapism, and in some elements, the highly vintage focus of subject of this particular blog is reflective of what I’ve learned in those spaces. 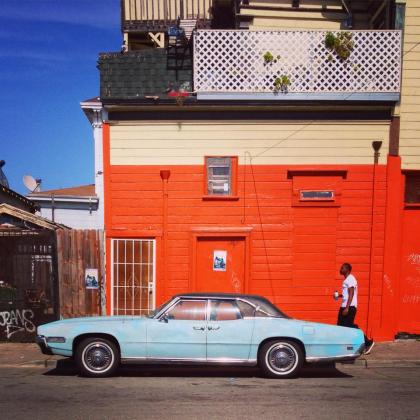 I wouldn’t be observant if I weren’t to think of the complexities of automotive enthusiasm, and share those thoughts. I run across these old cars in old Redlined Neighborhoods and not all over San Francisco and the near East Bay of Alameda and Contra Costa County. There’s the class privilege I inherited from ancestors that worked in the Detroit of the West post-war unionized job market in the San Francisco Bay Area.

There’s report after report after report, with names such as Sandra Bland, Philando Castile, Terence Crutcher that filter into my knowledge that the simple act of “Driving While Black” is as much of a safety risk as driving drunk, speeding or not buckling one’s seatbelt.

How does one keep sharing these shiny and not so buckets of bolts, combustible gasses and blasted sand into glass, realizing we’re basically hurtling to some future of fully communal transport or isolated, self-driving pods?

It’s amazing that in a century we’ve gone from putting ourselves on motorized wheels (and, in the sky and the stars and seemingly beyond as well) to isolating ourselves from the experiences that these vehicles have afforded us. As automobiles have become less visceral, less engaging, less troublesome appliances, we too have become isolated in too functional default bubbles that allows us to ignore truths and dangers until it’s too late.

Perhaps in the dramatics and the flaws we find when we look at older cars in 20/20 hindsight, we can possibly engage in reflection of how our automotive histories inform us now. Alongside appreciation comes criticism, hence a bit of the more political/contextual tone I always try to infuse in these pieces. Expect a few more diversions from the visual remembrances of cars on the street as content comes on this site.