One thing that General Motors mastered to gain the meat of the US market share was planned obsolescence. GM tricked buyers better than any other corporate behemoth on the wonders of superficial change to convince them that the purchase they just made suddenly wasn’t Spring Fresh.

Underneath all of the dazzle, the majority of what American cars were stayed the same: Rear Wheel Drive, Drum Brakes, Solid Rear Axles and Body On Frame Construction had been mainstays under swoopy bodywork since the great depression.
END_OF_DOCUMENT_TOKEN_TO_BE_REPLACED 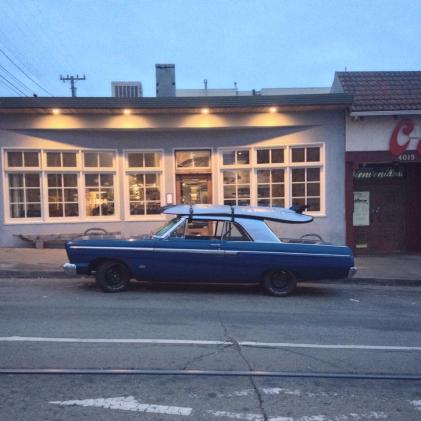 Success for various Detroit-bred cars wasn’t unlike the track record of another factory in the Detroit Metro area in the 1960’s. Yesterday’s star, in a quick flash of 3 years could become the season bench warmer. Like The Contours of Motown, by the end of 1965, the mid-sized Ford Fairlane was singing “Do You Love Me?” to American Audiences for all the wrong reasons.

In 1962, The Fairlane was the smash hit nobody expected, just like The Contours. Priced cheaper than General Motors’s not as roomy and sometimes trouble prone “B-O-P Luxury Compacts,” the most upsized of Falcons in Junior Galaxie 500 finery walked away with sales victories.  Nearly 300,000 went out the door for the introductory year. With a new, revvy and willing small block V8, it seemed like nothing but hits would follow for the Fairlane.

END_OF_DOCUMENT_TOKEN_TO_BE_REPLACED

Hey lil Honda.
I can’t believe y’all didn’t tell me about the eBussy.
Yes we truly love a hunk around these parts.
Today in take your Corvair to the nursery.
I dunno about y’all but this new DeLorean is giving me a boner.
Yea I get that premium is $7 locally. I get that fascism is on the rise. And it’s a Super 88 so it needs premium for those 330hp. But y’all know of some editing work so I can buy me a big Olds? Before the world ends?
Me: It’s a pretty car.
Ready for the Rally or Radwood.
Leave it to @vondeitch to understand the ASSignment for my birthday.
All I’m saying is my 40th birthday is tomorrow and I’m accepting all mid life crisis sun machines.
Ready for Laguna Seca or anywhere really.
$6 gas be damned feed a small block Chevy this weekend.
And for the cost of a stomach ulcer, you too could have an Allante!
A full day of yard work calls for taking your Corvair out for Tacos (and wonder why there’s never anything good on AM radio but grim news. And yes I have my headliner kit jeez).
Cars & the cult of celebrity: That Boer Edition.
Who wants to help me do these valve cover gaskets Memorial Day weekend? Thanks to California Corvair for always being prompt with the parts!
Thinking about the politics of space and the relentlessnesses of white violence.
Who out here sincerely wasting a full ass upper income salary on a goddamn '73 Cutlass?
Okay this isn’t overwhelming at all also I’m getting sick and tired of driving a Buick Lucerne regularly.
The feather in the cap of any HT era Cadillac is the pretty possible reality that you’ll outlive your owner.
Loading Comments...