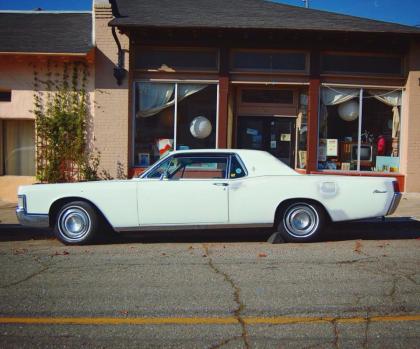 By 1966, Lincoln was through with making due with a two model system of a basic 4 door Sedan and the ultra-rare and unique on the American market 4 door convertible. The standard bearer of post-war automotive affluence, the Two Door Hardtop Coupe, returned that year, and grew ever more distinctive each model year.
END_OF_DOCUMENT_TOKEN_TO_BE_REPLACED 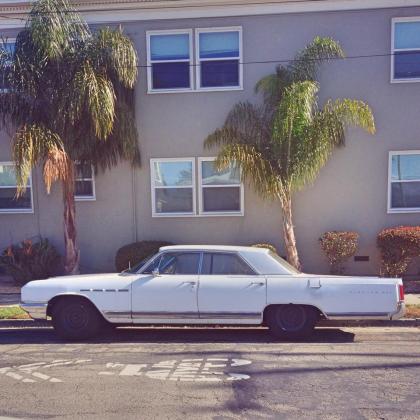 1964 represented the capstone return to restrained elegance that was a long term calling card of Buick products. Swept up in the exuberance of the 1950’s, Buick spent a few seaons of the decade being the #3 volume producer of American Cars, edging out perennial price leader favorite Plymouth in 1955 and 1956. Those boastful totals right behind low priced domestic rivals Ford and Chevrolet were the result of some rather bodacious offerings from Flint, Michigan. Not totally exclusive “Doctor’s Cars” they had been in the past, (especially the price leader Special and hot rod Century) some of the upper crust mystique of Buick lost its luster as the high volume brought a few quality gremlins as well.

By 1960, the true, innately conservative streak that solidified Buick values for most of the brand heritage started to return. An emphasis on the relative restraint compared to upper crust rivals returned year after year throughout the early 1960’s before becoming resolutely entrenched by the middle of the decade.

END_OF_DOCUMENT_TOKEN_TO_BE_REPLACED 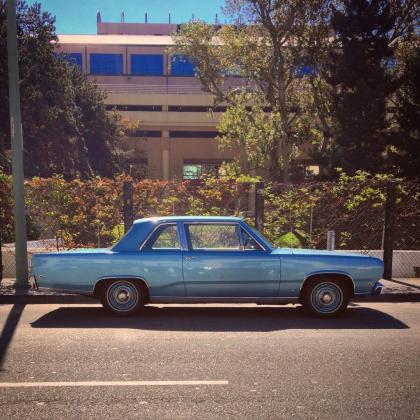 American buyers have always appreciated a reliable “appliance” car. More often than not, Plymouth provided safe and sane reliable transportation as their bread and butter. Perhaps the most refined expression of the wholesome “Peanut Butter and Wheat Germ Sandwich” expression of Plymouth values was the 3rd Generation Plymouth Valiant sold from 1967 through 1976.

For such a humble car, few automobiles have been admired for their all around staid status the way Plymouth Valiants (and to a lesser degree their sister car the Dodge Dart) are. The official ride of High School Chemistry Teachers and Lesbian Librarians of the 1960’s can still be seen in locales that don’t encourage rust to rise on their quarter panels nearly 50 years later.

END_OF_DOCUMENT_TOKEN_TO_BE_REPLACED

Nursing an injured bird.
Remember when the Bay Area was cool and it was more common to see an old Cadillac doing its business of being extra instead of a buncha Teslas running about with shitty panel gaps?
Old-Black-Men-That-Drive-Earth-Toned-Full-Sized-GM-Products-And-Only-Buy-Cookies-From-Walmart-Dot-Tumblr-Dot-Com.
Dodge on the Lo.
Which neglected 60’s Buick Convertible are you?
Happy Corvair Day.
Rivals.
This neighborhood needs more Corvairs there’s too many damn Mustangs.
Mustang garden gnome.
Finally, a Mustang I find desirable.
Sometimes a dinner table too.
I know it’s the collapse of western capitalism and I still want a big Oldsmobile. At least I’ve run some mutual aid lists some funds this week. Have you?
Sometimes you just wanna ask people their whole life story when they’re behind the wheel of a car that seems like they’ve owned forever, if not since brand new.
Going through my digital archives of car photos I’m always like wow, 10 years ago every other car on the street wasn’t a fucking Tesla!
This has gotta be the weirdest assortment of certified used cars I’ve ever seen at a Toyota Dealership.
This is still probably my favorite digital photo of cars I’ve taken of all time.
#throwbackthursday goes back 8 years when I was a member of the local gay car club and you realize cis-boomer/genx gays spent all the money they should have spent on therapy on an Edsel……
Apparently it’s gonna be another Fall of avoiding people, buying clothes no one will ever see and taking pictures with this car….
Oh the places you’ll go, I hope you actually wear a mask.
When there’s a decent enough spare to roll the truck out of the garage but the floor jack you have doesn’t meet any of the frame rails/does anyone have a 1986 Isuzu chassis manual that shows me the jacking points that might be lower?
Loading Comments...