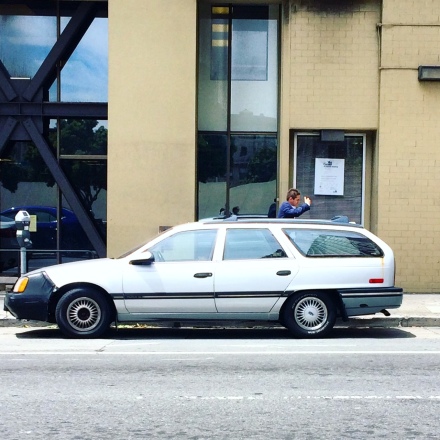 It was a revolution on wheels for the ordinary American Family Sedan. Even more so as a Station Wagon. Therein lies the miracle of the Original Ford Taurus. Long having played catch up to everyone else when it came to mainstream innovation, Ford fancied a future for mainstream buyers GM, Chrysler and a host of competitors couldn’t envision slipping into as tomorrow’s dream today.

The softening of the two and three traditional boxes that the average sedan and wagon came in softened a lot of buyer’s hearts. Far from the upright, puritan machines that had courted most American buyers since the Post-War. Stepping up to an international stage in design language, the Taurus showed that patrician pragmatic patriotic lines could only take the American car only so far into the future. Readying us for a slew of technology for the 21st Century, we have the re-imagined family truckster to look over 30 years after it flew into dealerships for its second season. 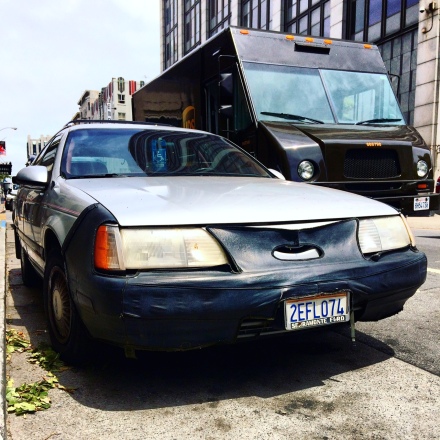 By 1987 it was a gamble that had paid off. Ford had fronted over a Billion dollars on the Taurus’s development, which included not only an all-new car in terms of body-chassis design, but a healthy level of new drivetrain components as well. Family car Fords up to this point had either relied on “World Car” origins, or were members of the “Fox” or “Panther” platforms.

While the Fox platform was relatively new in 1978, it relied on levels of old tech, including available Inline sixes and V8’s that dated back to the Ford Falcon. The large Panthers were in reality trimmed down 1965 Full Size Fords. While the 2.5L High Swirl Combustion Four Cylinder still had roots in the old Falcon Six, the Overhead Valve “Vulcan” V6 was an all-new design, and the first V6 Ford designed for the North American Market not heavily influenced by a competing design. 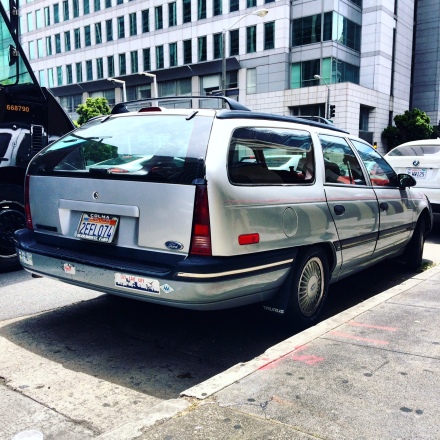 All Taurus wagons got the 3.0L engine standard to deal with the extra rigors of hauling not only more body weight, but additional cargo capacity as well. With a healthy 140 horsepower on tap splitting the difference between rivals the Chevrolet Celebrity (with its 130 horse 2.8 V6) and Oldsmobile Cutlass Ciera (available with the 3.8L V6 with 150 horsepower) The Taurus could do decent runs to 60 in under 11 seconds, with a top speed just over the Century mark for those long round trip hauls. Where the Taurus decidedly won over the domestic competitors was the driving experience. With suspension tuning more nimble and less marshmallow orientated than the solid beam axle competition from GM and Chrysler, it was decidedly more fun to needle the Taurus through windy stretches towards campgrounds.

Where it had an advantage in driving dynamics on home diamonds, it decidedly had a price and size advantage over import family car rivals. Where a Volkswagen Quantum would be equally roomy, it was underpowered and overpriced. By the time the Toyota Camry added a wagon and a V6 engine in 1988, it still wouldn’t have the copious room, nevermind the still loved full bench seating of the Taurus Sedan and wagon.

In a number of ways, for the full first generation on the market, the Taurus was peerless in its field. Because of that, it could get away with some quality failings, notably the short life of the original AXOD transaxle, or the head gasket issues of the Essex 3.8 V6 that came on line for torque hungry buyers in 1988. Because of this, early season Ford Tauruses are exceedingly rare, even if in 1987 nearly 375,000 examples found their way to driveways across North America. In that rarity however, we find an exquisite tale of how at certain moments, a product captures the cultural moment just right, and becomes a time capsule for what stood before and what was yet to come.

Sweet Pumpkin with a Body by Fisher.
Today in how much dick can you cram in a midsized sedan? Tina Turner & Plymouth have some answers for you.
I feel like “Car Life” always got the crappiest 0-60 times cause I’m pretty sure Frankie isn’t as sluggish to 60 as a 80hp Caveman.
Pfft.
True girth.
No description needed.
San Francisco old car photography is gonna be ruined when Turk Street Oddball & Orphans dude kicks the bucket.
Are you truly a grandchild of an American citizen unless you spent time listening to news radio in one of these or am I projecting my own experience of 1987 until my great grandmother stopped driving?
Someone’s saying “$6.59 for premium? Fuck it.”
Imperialist propaganda has been everywhere, including dead brands of Mopars.
Blueberry Lemonade.
Parking lots were more interesting 13 years ago. Or the wealthy had better taste.
@vanascabana: Lookin pretty clean 👀
Someone’s ready for hunting season.
Fall, By Impala.
It’s gotta be the town’s most expensive root beer float.
The first time I saw this ‘68 Corvair was 10 years ago. The work that’s gone into keeping it on the road is marvelous and inspiring. Keep your fingers crossed that I have a bit more money coming in so I can do the same before we run out of (or it becomes prohibitive to consume) dinosaur juice and you know get those long put off Frankie plans up and running.
This is literally the only time I’ve found an El Camino sexy.
SUPER COUPE.
I’m surprised how these are getting more rare to see 35 years on.
Loading Comments...
%d bloggers like this: