We’ve covered how much of a revelation the Ford Taurus was to new car buyers when it debuted 32 years ago in the Fall of 1985. But what is to be made of its sister ship, the too new for now Mercury Sable? With half skirted wheels, a full light bar substituting for grille work and a “floating” roof above “wrap around” glass, the Sable gave visual incentive to move into tomorrow today with many a styling feature that once was the reign of Science Fiction.

But was there much substance underneath the fantasy found in fancy Ford dealerships? What *more* did you get over the already trend setting Taurus?

END_OF_DOCUMENT_TOKEN_TO_BE_REPLACED 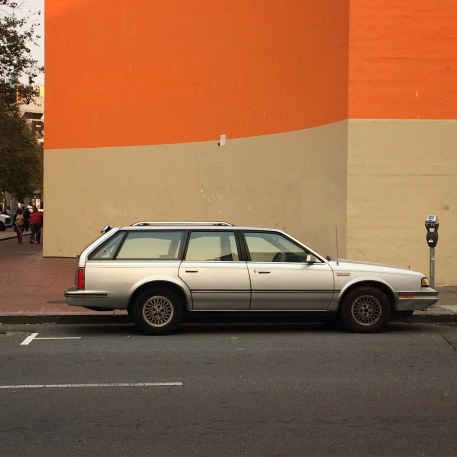 What if I proposed to you that the Oldsmobile Cutlass Ciera was the most polarizing car of the last 40 years? I’m sure you’d point out there’s plenty of other cars that deserve a bigger medal in terms of era defining cars but I have some key arguments.

Some will say that it was the car that planted the seeds of death for the Oldsmobile brand. Others will tout their ability to abuse the basic sound design of them (of course, once those pesky GM bugs got worked out of the earliest editions) for more than 2 decades and multiple hundreds of thousands of miles worth of trips that could loop the globe. The true meaning of it, as a symbol, lies somewhere down the middle of course, and I try to rectify that while looking at this indeterminable of model year well-equipped Cruiser Wagon version.

END_OF_DOCUMENT_TOKEN_TO_BE_REPLACED

Don’t trust the adage that it’s not over until the Fat Lady sings. At least don’t trust her management. So goes the “disappearance” of the great American Convertible due to rollover safety regulations at the end of the 1970’s. Cadillac, and General Motors in particular, made a healthy profit touting their full sized convertibles as the final new versions of open-air motoring in 1975 and 1976. The government ended up having the last laugh.

Chrysler, looking for each niche to gussy up their new K-Car variants, returned to the convertible market first with their LeBaron. Ford, still offering carefree Pony motoring, in the form of their Mustang, felt a patriotic duty to chop of the top of their newest sports machine for the everyday American.

END_OF_DOCUMENT_TOKEN_TO_BE_REPLACED

We’ve seen our nation wide open on the highways this summer. Now it’s time for us to head back to the realities of gaining more knowledge. It’s back to school season, and every big box parking lot is filled with the spoils of breeding the next generation of thinkers and doers…and spoiled brats and bullies too.

We’ve typically gone back to school in the back seats of nearly 80 years of family haulers as schools became anchors of suburban development, long out of the walking distance of the industrial revolution, yet closer in than one room school houses of America’s rural frontier myths. In terms of utility, intelligence and style, what were some of the premiere pods of the Carpool over the years?

END_OF_DOCUMENT_TOKEN_TO_BE_REPLACED

It was a revolution on wheels for the ordinary American Family Sedan. Even more so as a Station Wagon. Therein lies the miracle of the Original Ford Taurus. Long having played catch up to everyone else when it came to mainstream innovation, Ford fancied a future for mainstream buyers GM, Chrysler and a host of competitors couldn’t envision slipping into as tomorrow’s dream today.

The softening of the two and three traditional boxes that the average sedan and wagon came in softened a lot of buyer’s hearts. Far from the upright, puritan machines that had courted most American buyers since the Post-War. Stepping up to an international stage in design language, the Taurus showed that patrician pragmatic patriotic lines could only take the American car only so far into the future. Readying us for a slew of technology for the 21st Century, we have the re-imagined family truckster to look over 30 years after it flew into dealerships for its second season.

END_OF_DOCUMENT_TOKEN_TO_BE_REPLACED

There’s the very pertinent reality that, in terms of car enthusiasm there’s a huge bias towards cars of the immediate Post-War. In the glow of the found memories of mid-century economic prosperity, the reverence for cars with fins and full metal jackets lined inside and out still looms heavily over the shadow of car enthusiasm.

The cars that command average American Salaries if not more at auctions have years of birth of at least 45 years old, are considered at their finest bloom once they’ve hit the silver fox age of 50, and become really intensive things to insure and keep in good health once they hit 60 and beyond. Hiding in the shadows are the cars under 45 years old to those that are being ditched as students graduate college, leaving behind family hand-me-downs and first rides from the era of The X-Files and Moesha. “Malaise Machines,” they’re called.

END_OF_DOCUMENT_TOKEN_TO_BE_REPLACED 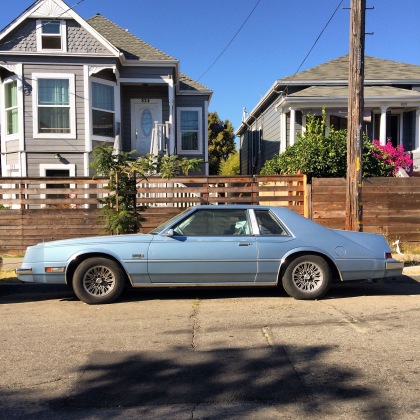 Celebrity endorsements of products weren’t anything new when morning re-dawn’d in ‘Murica in 1981. However, there was heightened trust put in old white dude celebrities where, perhaps, there shouldn’t have been. We had former actor Ronald Reagan as President that year. Reagan beguiled us with tales (perhaps too familiar 35 years into the future) about using traditional, conservative family values to return America. It was bought by the majority of voters still slumbering in a long term malaise that had dominated most of the 1970’s.

We also had Frank Sinatra providing a little blue light special to a gussied up Cordoba. Using the cachet that a regal name had, Lee Iacocca hoped for a lil’ Black Magic and inspiration to distract potential customers from Mopar’s Bankruptcy woes.

END_OF_DOCUMENT_TOKEN_TO_BE_REPLACED

In so many ways for the last rear-wheel drive Oldsmobile 88, it was the same at the ending as it was at the beginning. Once the star of the horsepower race, over time the Oldsmobile 88 became your average middle class car for Ordinary People. It wasn’t so much a fall from grace one might expect. Moreso the manifestation was consistent conservatism for Lansing’s biggest bread and butter loaf.

For 35+ years, the 88 gave reliable doses of 6 passenger comfort, smooth rides, quiet operation and a decent surge of V8 power. Soon enough though, the double-eight badging would have little significance as the march of badge engineering acted as a stick of dynamite against the GM Sloan ladder from the 1920s. It continued to splinter and crack under the weight of more profits and more competition for a shrinking class of buyer.

END_OF_DOCUMENT_TOKEN_TO_BE_REPLACED

This neighborhood needs more Corvairs there’s too many damn Mustangs.
Mustang garden gnome.
Finally, a Mustang I find desirable.
Sometimes a dinner table too.
I know it’s the collapse of western capitalism and I still want a big Oldsmobile. At least I’ve run some mutual aid lists some funds this week. Have you?
Sometimes you just wanna ask people their whole life story when they’re behind the wheel of a car that seems like they’ve owned forever, if not since brand new.
Going through my digital archives of car photos I’m always like wow, 10 years ago every other car on the street wasn’t a fucking Tesla!
This has gotta be the weirdest assortment of certified used cars I’ve ever seen at a Toyota Dealership.
This is still probably my favorite digital photo of cars I’ve taken of all time.
#throwbackthursday goes back 8 years when I was a member of the local gay car club and you realize cis-boomer/genx gays spent all the money they should have spent on therapy on an Edsel……
Apparently it’s gonna be another Fall of avoiding people, buying clothes no one will ever see and taking pictures with this car….
Oh the places you’ll go, I hope you actually wear a mask.
When there’s a decent enough spare to roll the truck out of the garage but the floor jack you have doesn’t meet any of the frame rails/does anyone have a 1986 Isuzu chassis manual that shows me the jacking points that might be lower?
This is a cautionary tale: Do not become the Gen X Gay Malaise car enthusiast that collects Expo LRVs and Tempos at the same time.
Dad: Where’s your badge?
It’s been a lifetime obsession.
“There’s not enough classic cars around….er”
If we ever wondered where my love of Corvairs came from we can blame the 1986 edition of The World Book Encyclopedia + my dad saying “oh yeah, that was my first car. A 1960 Corvair. But mine was red. It threw a fan belt on the way to Pleasanton and that freaked me out so I got a ‘62 Dodge Lancer.”
Mid Century Mercedes
Your Astrological “Big 3” as vintage cars, Capricorn to Pisces.
Loading Comments...