The Mercury Meteor didn’t have to be a quick flash in the sky that fell to the earth without much success as it did between 1962 and 1963. In a market newly hungry for downsized premium and luxury items, it seems Mercury, the middle movers of Dearborn Dreams, would be perfectly poised to seize upon upwardly mobile Mid-Sized opportunities in the early 1960’s.

Unfortunately, a lack of faith on the part of Ford to set the Meteor apart from its sister ship the Fairlane lead to certain fatality on the American market. 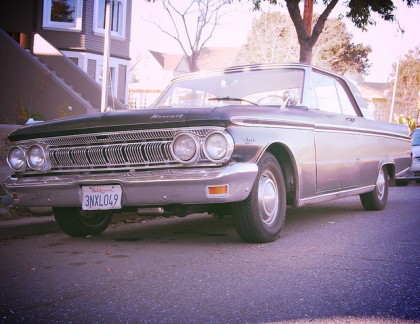 The problems with the Meteor weren’t really of its own causing. At its core it was the upsized platform sharing twin of the well-received Ford Fairlane that shared a healthy bit of the Ford Falcon’s DNA. The inherent problem in Mercury showrooms lay in the fact that the “Compact” Mercury Comet, a well known commodity in its 3rd season by the time the Meteor came along, was not all that much smaller. The Comet rode a 114 inch wheelbase that gave extra interior room over the Falcon. The Meteor, riding the same 116.5 inch span as the Ford Fairlane perhaps offered a bit more interior width, but not much more in the dimensions of head and legroom over the smaller, cheaper showroom celestial body. 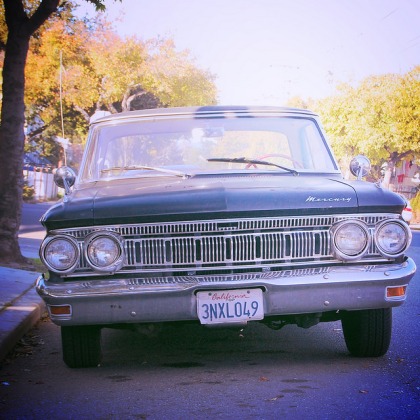 at least the Meteor offered a V8 option the Comet couldn’t muster. Problematic was the fact that all of the engine options were pretty much universally shared with the Fairlane. In previous years, Mercury automobiles had at least held the exclusivity of offering V8-only offerings, sometimes with extra displacement over equivalent Ford V8 offerings. The milquetoast original version of the 221 Windsor V8 could have been made standard in the Meteor, or soon to be offered additional displacement versions could have been offered as Mercury exclusives. 260 Cube and 289 Cube versions came online throughout 1962 and 1963 as did a graceful 2 door hardtop coupe, the only two in the blooming intermediate field. The 289 versions of the Meteor and Fairlane proved to be fairly sizzling numbers whether paired with manual or Automatic transmissions. 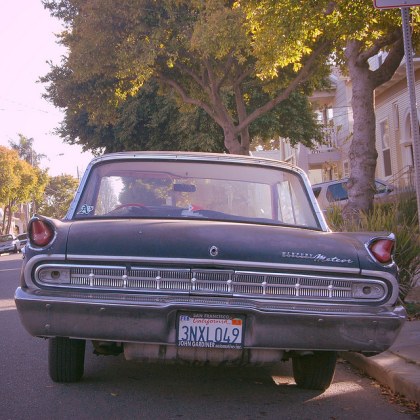 There was some attempts to spice things up. There was a S-33 version of the Meteor hardtop with bucket seats and a console positioned above the Custom Hardtop that our subject car is. Unfortunately it didn’t have any special studly attributes underneath that couldn’t be found elsewhere in the Meteor line. Nor did it offer much else in comparison to the sportier S-22 Comets (newly available with V8s and as a Convertible) or S-55 Monterey’s, which featured either Breezway or Marauder rooflines and some rather burly V8 powerplants.

At the end of the day there wasn’t enough effort or emphasis for making the middle Mercury a unique model offering a distinct blend of driving delights. In comparison to the the Comet, the larger Meteor was outsold nearly 2 1/2 times over by its smaller sibling. The Meteor was possibly one of the least appreciated non Standard Sized cars outside of Studebaker’s Lark models, barely cresting the 50,000 unit mark for 1963.

The “Meteor Shower” was quietly forgotten on the American side of the border, as the name re-appeared in Canada on standard sized decontented versions of the “big” Mercury. Within a few years the Comet grew to the size that the Meteor once resided.

As the Mercury brand slowly sinks into the collective vault of forgotten American cars, the Meteor is perhaps one of the greatest mysteries of the brand. Hard to find once fallen to earth, they represent how doing minor adjustments to make a car unique can often not count. Mercurial mistakes abound with the pursuits of Dearborn to capture middle class hearts. Perhaps the American Meteor holds the highest honor of precious metal wasted.