In a number of ways Toyota was the most “American” of Japanese manufacturers. Once on their feet in the U.S. market in the early 70’s, they fielded a line up not dissimilar, albeit smaller and far more efficient, than Detroit rivals.

Mainstream models came in sizes small (Corolla), medium (Corona) and large (Crown/Cressida). There was a “pony” car (Celica) to boot. That’s no different than Ford in the 1960’s minus a halo coupe once you think about it.We’ve made friends with the 3rd Generation car. Today we see what the 5th generation had to offer when you opted for the wagon version.

END_OF_DOCUMENT_TOKEN_TO_BE_REPLACED 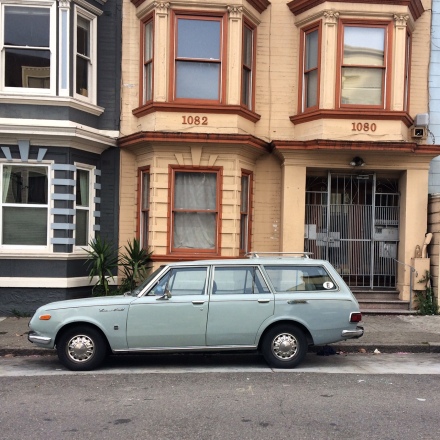 Out of the Japanese brands that landed in the American Market during the 1950’s and 1960’s, Toyota learned the quickest how to adapt to the foreign to them trends that set the Jones’s hearts alight. One trend realized was the splintering of the American Market, as the generation of Boomers headed to dealerships, they weren’t happy with one-size fits all motoring in escalating finery that had dominated the automotive landscape from The Great Depression through the Fabulous Fifties.

Indeed, after landing a hit with the Corona during the 2nd half of the 1960’s, Toyota went above and below, bringing the baby bear Corolla and the Papa Bear Crown stateside. For those moving immediately out of their Coronas could find themselves in the Mama Bear Corona Mark II.

END_OF_DOCUMENT_TOKEN_TO_BE_REPLACED 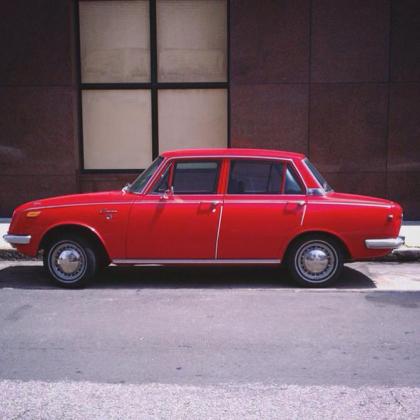 It didn’t take long for Toyota to learn some important basics about success in the American Market. Within 2 generations and one spectacular failure at the end of the 1950’s, Toyota was fast becoming the most important import brand in the United States as the 1960’s gave way to the 1970’s.

The brick laying car to Toyota’s success on the American Market was the 1965-1970 Corona. Riding into the marketplace where very few cars provided such an excellent motoring experience for the price, Toyota cleaned house, captured sales and ended up often being voted the compact car of choice over the others. It was a process of simply mastering minor details that other brands and efforts missed. By polishing details and heightening expectations of what a small car could be, the Toyota Corona revolutionized the American dream of what basic transportation could be.
END_OF_DOCUMENT_TOKEN_TO_BE_REPLACED

Once upon a time in Oakland.
Sweet Pumpkin with a Body by Fisher.
Today in how much dick can you cram in a midsized sedan? Tina Turner & Plymouth have some answers for you.
I feel like “Car Life” always got the crappiest 0-60 times cause I’m pretty sure Frankie isn’t as sluggish to 60 as a 80hp Caveman.
Pfft.
True girth.
No description needed.
San Francisco old car photography is gonna be ruined when Turk Street Oddball & Orphans dude kicks the bucket.
Are you truly a grandchild of an American citizen unless you spent time listening to news radio in one of these or am I projecting my own experience of 1987 until my great grandmother stopped driving?
Someone’s saying “$6.59 for premium? Fuck it.”
Imperialist propaganda has been everywhere, including dead brands of Mopars.
Blueberry Lemonade.
Parking lots were more interesting 13 years ago. Or the wealthy had better taste.
@vanascabana: Lookin pretty clean 👀
Someone’s ready for hunting season.
Fall, By Impala.
It’s gotta be the town’s most expensive root beer float.
The first time I saw this ‘68 Corvair was 10 years ago. The work that’s gone into keeping it on the road is marvelous and inspiring. Keep your fingers crossed that I have a bit more money coming in so I can do the same before we run out of (or it becomes prohibitive to consume) dinosaur juice and you know get those long put off Frankie plans up and running.
This is literally the only time I’ve found an El Camino sexy.
SUPER COUPE.
Loading Comments...