There’s the very pertinent reality that, in terms of car enthusiasm there’s a huge bias towards cars of the immediate Post-War. In the glow of the found memories of mid-century economic prosperity, the reverence for cars with fins and full metal jackets lined inside and out still looms heavily over the shadow of car enthusiasm.

The cars that command average American Salaries if not more at auctions have years of birth of at least 45 years old, are considered at their finest bloom once they’ve hit the silver fox age of 50, and become really intensive things to insure and keep in good health once they hit 60 and beyond. Hiding in the shadows are the cars under 45 years old to those that are being ditched as students graduate college, leaving behind family hand-me-downs and first rides from the era of The X-Files and Moesha. “Malaise Machines,” they’re called. 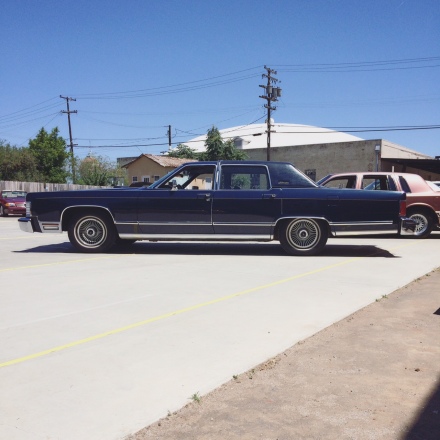 As known, as we ditched the intricate systems of industrial urban dwelling like PCC rail public transit lines for the fancy-free promise of Ford Fairlanes and the sort for suburban sprawl and the interstate highway system during our transition into our current service economy, we ran up against many social and environmental hurdles. Those huge V8’s consumed dinosaur juice at a rapid pace, spewed pollutants that made our concept of clarity quite foggy, and none to forgiving should they find themselves in accidents. These cars served as a bridge from our much beloved Mid Century museum pieces to our current in transition to transportation pods blandmobiles. In a way they’re the missing chapter in our vehicular history, the dying stories of how we got from CinemaScope to High Definition on the Highway. 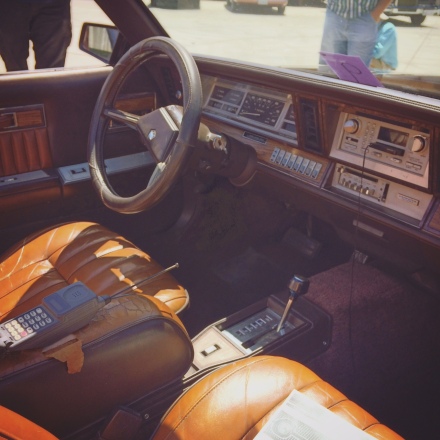 These cars, which started to see emissions equipment as early as 1968, served as the backdrop for just about anyone aged 28 through 50 years old.  From super late Baby Boomers, to Generation X’ers to the eldest millennials have owned these cars as their first forages into vehicular independence, or had parents, grandparents, aunts, uncles, and cousins curse their infinite flaws, or stand in awe of their technological marvels.

These are the first cars that had (semi) reliable computers control such sensitive tasks such as fuel delivery or automatic transmission shifting. Here we find the earliest on-board diagnostic systems for what ailed cars, alongside navigation systems built into the instrumentation, nevermind the ever-increasing sophistication of in car entertainment.

The evolution from 8-tracks to cassette tapes to CD players help ease us into ever lengthening commutes in suburban environments further and further away from the urban sustainability seemingly more of us crave nearly 20 years into the 21st century as interest and enthusiasm in the automobile itself declines. These cars tried their best to balance the time honored traditions that continually drew customers into showrooms with enough style while providing enough substance to address the automobile’s need to keep up with our ever diversifying world with more whimsical whims and desires. They, well, more often than not wholeheartedly missed the target. The Oldsmobile Toronado Trofeo was Not Your Father’s Oldsmobile, but in 1988 it actually was the kind of Oldsmobile my then 40 year old father raised on Star Trek, 2001: A Space Odyssey  and a fan of Tron wanted. 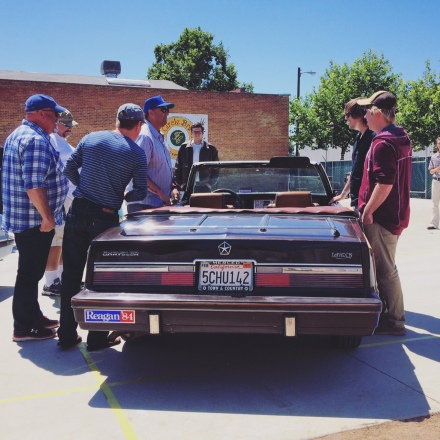 Approaching 35 years old myself, I’ve had to reconsider these much maligned machines of my youth after handing over the pedestal to prizes from further in the past. These cars often did equal or more with less. From the emphasis of luxury to distract from the lack of performance, to the downsizing to take up less of a physical footprint while offering comparable if not better room, to eventually using technology to squeeze better performance and gas mileage from less displacement and, can you believe it, less horsepower (the future is in PLASTICS). From 4 cylinders and as little as 2.2 liters, with yearly improvements, any Chrysler K-Car can show a base Plymouth Valiant with the smallest Slant Six how to do more with less. 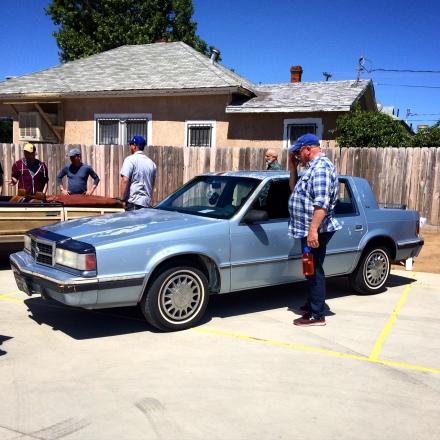 We have, in the last 40 years have become a more disposable society. In order of convenience as we fling further onto the boundaries between urban and wilderness we throw a lot of items away in consumption.

This does mean that we’ve throw away quite a few of these cars as basic appliances that weren’t held in as much reverence as what came before, without acknowledging that their strides over 20 years of time allow us to live with set it and forget it Macbooks on wheels today.

Perhaps it was generational; the 1962 Impalas and 1965 Mustangs and 1967 Cadillacs that still get all of the attention these days were first bought by those who survived The Great Depression and weren’t afraid to and really knew how to make their technology (and lack thereof) survive.

They aren’t equipped to our modern world standards of efficiency, cleanliness and safety and therefore enjoy an exemption. Many of the Malaise Machines are taken out by faulty emissions equipment that kept them from poisoning our air.

…If not the wiring and electrical components see them out.

….If not that, their oft-misunderstood evolutions away from 2 and 3 speed Automatic Transmissions and carbureted overhead valve V8s and Sixes see them being recycled for their steel for new uses.

The list of reasons why people dismiss them are longer than the distances they were driven before being discarded. That’s just a long way of saying they’re basically BetaMaxes on wheels. So few care about them. Or…

Well, thankfully due to social media, there’s a place, thousands strong where people can reminisce about how important these vehicles were to their life stories. I’m glad a friend of mine, over discussing my blooming lust for the last Oldsmobile Toronado that my dad didn’t splurge inspired me to consider it maybe being my next little niche dream after way too many Mercedes Benzes.

It was sort of random magic that I ended up, randomly in the forgotten town of 500,000+ people in the dead center of the Golden State called Fresno on a Saturday falling in love all over again with my own peculiar relationship to the automobile in more nuanced, complex way.