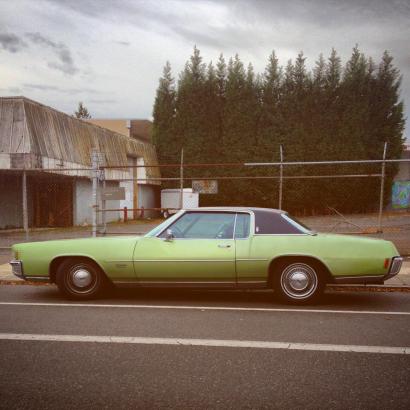 Although a technological tour de force showcase for General Motors, The 1966 Toronado wasn’t the sales success Oldsmobile was hoping for in the burgeoning “Personal Luxury” market.
In a market segment flowing with features to coddle buyers, few seemed concerned with the fact that it was the only mass market front wheel drive American Car for sale at the time. Part of the blame did go to Oldsmobile’s marketing for not knowing how to hype such a special product. Another piece would be its otherworldly suave, sophisticated quality in a growing sea of brocade interiors capped with vinyl tops in the burgeoning brougham era.

We know how this story goes. 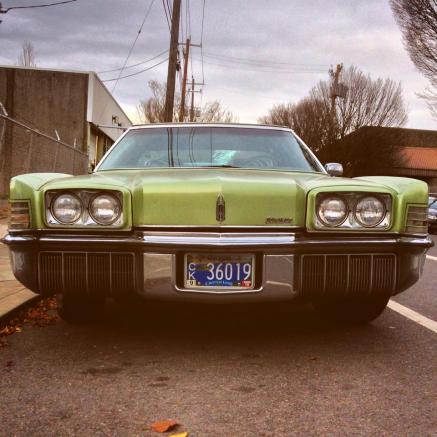 As most cases in the American Auto industry when a design went too far ahead of the intended audience, the ensuing re-designs brought the offending product in line with consumer tastes. The Toronado gained piece by piece portions of standard American “taste.” Vinyl Tops became options and an egg-crate grille was added in 1967. 1968 brought a huge bumper-grille combination more appropriate for a Pontiac, (and seemingly inspiration for Romulan Birds of Prey for Star Trek:The Next Generation). 1969 brought an addition of rear quarters that wouldn’t have been inappropriate on the concurrent Delta 88, further diminishing the uniqueness. 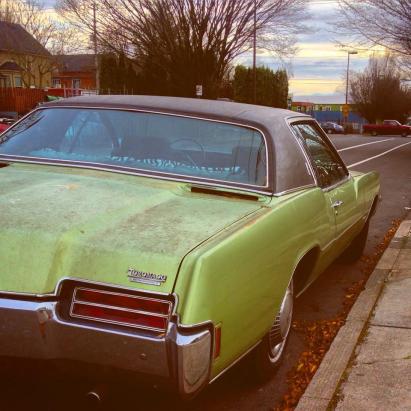 The discounted suit of course sold far better than the modifications to the original design, as the luxury aspect mostly smothered the performance orientated leanings of the first generation cars.

The Toronado also switched to full body on frame construction and rear coil springs for superior isolation; More Cut Rate Cadillac than American Grand Tourer than before. At least Front Disc Brakes were made standard, a big sore point of the original cars that remained an option through that car’s run.

Although handling became a bit more soggy, straight line performance really didn’t suffer as much until the detuned updates started rolling out over the cycle of this generation of Toronado. 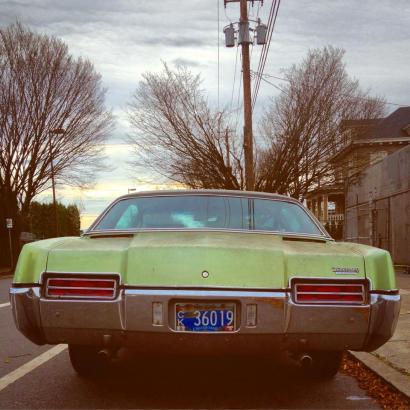 By that point, each new year of the Toronado through the 1970’s made it ever much more a disco sled for the permed hair “Me-Generation” set. More of the styling cues drifted downwards to more formalized Cutlass Supreme Coupes as well.

Fewer cars shed their unique identity as quickly as the Toronado, mostly for the worse. It’s less that the original concept was to blame. it has more to do with the world that was given its responsibility to care for it.

The message that the Toronado, and so many other cars, and parts of American Society are told that they’re only loved if they conform. We’re all at a great loss without that unique flavor in our cars, and in our lives in general.