We’ve covered the fall to earth of the 1962-63 Mercury Meteor before. What we didn’t cover were the distinct efforts of metal these Mercurial beasts were offered in. From bargain to slightly brash, it’s kind of a sad story that the 1-2-3 diversity left Mercury dealers with a plethora of plodding ambiguity.

Today we swap out the dashing, dapper coupe version for something far more practical. Spacious, savvy and spoiled with options, the upmarket Meteor Wagons should have been bigger hits. 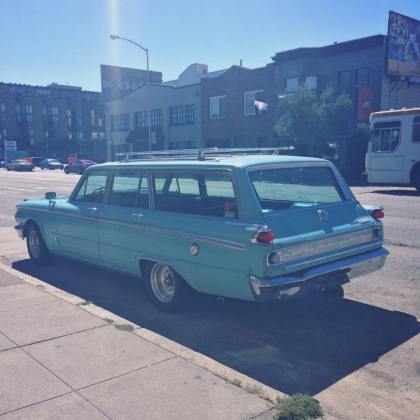 Like the other Meteor models, the Meteor wagon shared an all too close for comfort unease with the senior compact Comet models in Mercury showrooms. Where the Sedans and Coupes and the lack of convertibles opened up a lack of choice comparison to a newly expanded Comet line-up, any extra space offered by a station wagon could be a solid bonus.

Therefore, there could be a palpable bonus to upsizing to the Meteor wagons over choosing the narrower, shorter Comet wagons across the flow. With the 116.5 inch wheelbase and added width, there’d be more ease in getting that hallowed 4×8 sheet of plywood between the tailgate and folded rear seats that the smaller wagons.

Also, there was appreciable interior and exterior differentiation from the near twin Fairlane Wagons on offer in Ford dealerships. More brightwork, more carpet, more sound deadening came with the few extra bucks you spent for the Mercury. But that was often where the differences ended.

The suspensions, engines and transmissions pretty much were universally offered with the Fairlane. The other problematic was most of those powertrain options were ALSO available in Falcons and Comets, where with their lighter weights, one could wrangle a bit more performance and economy out of the variety of powerplants.

Regardless, performance with the 260 cube or Mid-year 289 cube Windsor V8’s gave satisfying to rousing performance for middle of the road family cars depending on which boxes you clicked off.

Beyond our subject car, there was the Country Club appeasing Country Cruiser with de rigueur Di-Noc wood paneling that consistently gave Dearborn Family machines that extra curb snob appeal over the vast majority of family haulers from General Motors, Chrysler, Studebaker and American Motors. With the extra bit of glitter and glamour offered by the Mercury, the Meteor became the 2nd most glamorous Ford family hauler on offer. 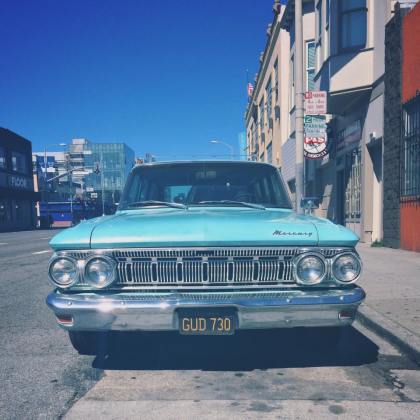 That special place within the palace of Fancy Fords didn’t prevent the demise of the Meteor. Mercury buyers in bulk went for either the smaller Comet Wagons, available in 2 and 4 doors, and the fancier, larger Monterey based Colony Park wagons. Only 3,636 Meteor Custom Wagons found buyers for the 1963 model year.

The Comet wagon upsized slightly in 1964, and properly became a mid-sized Fairlane parallel in 1966. In a way, the Meteor Wagon just took time off, and found another name after it’s time away. Fallen to earth, we find a rare holder of space. Here lies the 1963 Mercury Meteor Wagon.